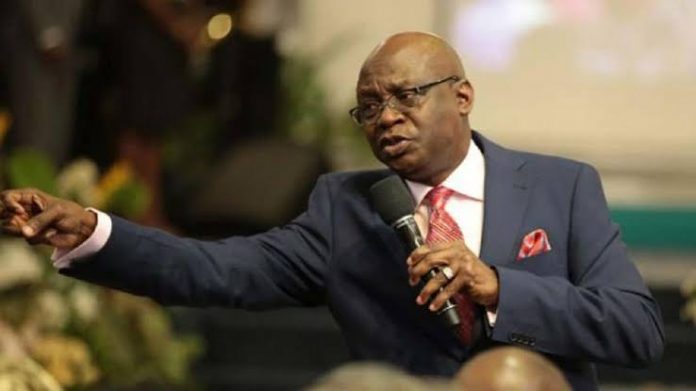 Addressing journalists on Thursday in Abuja after paying for the Expression of Interest and Nomination forms, Bakare said he would change the country’s narrative by enthroning good governance if elected president.

Bakare said that he believed in God for the right leadership for Nigeria.

“I trust God helping us with men of goodwill, East, West, North and South of the country and across party lines, male and female we will rise and rebuild our nation.

“This will be in such a way that the devastation we are experiencing, we would see it no more.

“Our programme is very simple: peace, prosperity, progress and possibilities. Upon those four pillars Nigeria will be rebuilt and the hope of many citizens will be rekindled.

“We are all going to join hands to make it happen. No other nation will fix our nation for us,’’ Bakare said.

He added that it would take Nigerians from all walks of life, within and in the Diaspora to join hands together to build the country in the interest of all.

He spoke on his views on the array of aspirants in the 2023 presidential race and the possibility of the presidency shifting to the South.

He said God rules in the affairs of men and He gives power to whoever He wills.

“We trust God that the best, the fittest and the most competent will emerge and the one who truly loves our people, especially the poor will rise to fix our nation,’’ the pastor-politician said.

“There is only one seat. Whoever wins, the rest of us most rise to support him to rebuild Nigeria, East, West, North or South, Nigeria is our country,’’ he stressed.

The News Agency of Nigeria (NAN) reports that Bakare was President Muhammad Buhari’s Vice-Presidential candidate in 2011 on the platform of the defunct Congress for Progressive Change.

More than 10 aspirants have so far joined the APC presidential race.

Others are Gov. Yahaya Bello of Kogi, Dr. Chris Ngige, the Minister of Labour and Productivity, Mr. Chukwuemeka Nwajuba, the Minister of State for Education, Gov. David Umahi of Ebonyi, and Sen. Ken Nnamani.

The APC special presidential primary convention is scheduled to hold from Monday, May 30 to Wednesday, June 1.