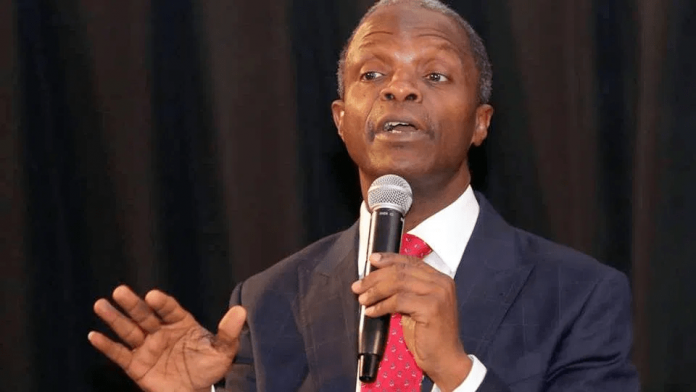 Vice-President Yemi Osinbajo says he is the most prepared of all aspirants in the 2023 presidential election.

Osinbajo made the submission on Thursday in Yenagoa when he paid a courtesy visit to the Bayelsa State Council of Traditional Rulers in continuation of his consultations ahead of the 2023 presidential election.

The vice-president said he had the requisite experience needed to pilot the affairs of the country.

“The chief objective of my coming is to formally let you know, in a domain where I am a chief, of my intention to run for the presidency of the Federal Republic of Nigeria.

“I made the formal declaration on April 11.

“All of us are aware, I have served as the vice-president and God helping us, I will serve until May 29, 2023 in that capacity.

“It is my desire that come that day, I will succeed our current president as President of the Federal Republic of Nigeria.

“As vice-president, I have served under a president that has given me the opportunity to see for myself and observe at very close quarters, all that is required to run this very complex, very diverse nation, Nigeria.

“I have also served on many occasions as acting president when the president was away.

“All of that have given me more than an insider view of how to effectively run the affairs of this country with its various challenges.

“I will say of all the contestants, and I will say so most humbly, clearly that I am the most prepared to hit the ground running.

“I will be ready on the first day of the assignment because I have seven years training; I have the experience,” Osinbajo said.

He said he believed that the reason God gave him the opportunity was so that he could offer such services to the country when it was most required.

“And I believe that those services are required even now.

“I ask for your prayers and your support; I know that I have your good wishes already,’’ the vice-president said.

Earlier, King Bubaraye Dakolo, Chairman, Traditional Rulers Council of Bayelsa State, welcomed the vice-president and acknowledged him as a traditional title holder in the state.

The traditional ruler wished Osinbajo well on his pursuit and presented a book he authored – The Riddle of the Oil Thief – to the vice-president.

“We have before us here the vice-president on a brief visit; as you all know; he is the ‘Ebidou Owei 1’ of Izon Land, our own chief.

“Your other mission is well known; it is season for politicking; so, I won’t go into that but I will wish you the best in your endeavour.

“Just to underscore the fact that Bayelsa is an oil hub; it has been producing oil for the past 70 years.

“We have all kinds of issues about oil exploration and production.

“I am not going to say much about it because I am presenting a book to you on that subject; it shall be of great interest to you,’’ the chairman of the traditional rulers told the vice-president. (NAN) 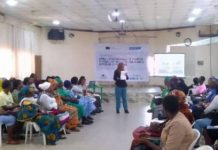 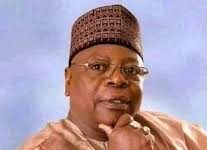 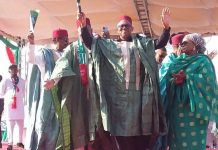 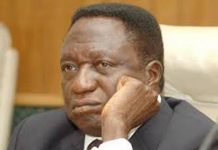