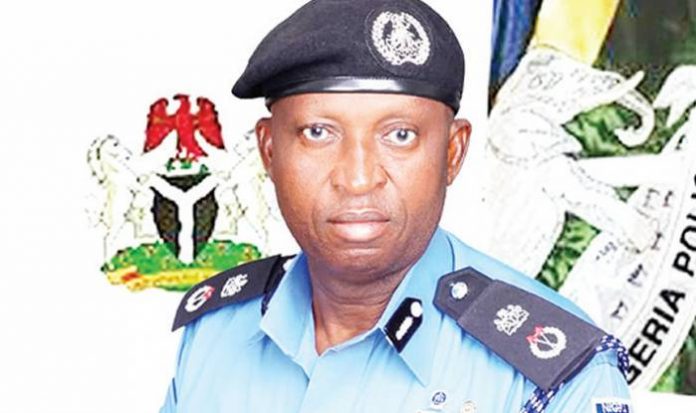 Commissioner of Police, Lagos Command, Hakeem Odumosu, said that 889 persons were arrested over alleged armed robbery and cultism between January and August.

Odumosu disclosed this on Thursday while hosting the Assistant Inspector-General (AIG), Zone 2, Mr. Johnson Kokumo, who was on a familiarisation visit to the command.

He said that 490 suspected armed robbers and 297 suspected cultists were arrested at different locations during the period, stressing that no personnel was killed within period.

The police commissioner said that 173 assorted arms and 239 assorted ammunitions were also recovered from the suspects.

Odumosu also disclosed that 42 cars stolen by criminals were recovered within few days of theft and were subsequently handed over to their owners.

He said that the command would soon construct a 50-bed space to house some junior officers, stressing that they got resources from law-abiding and willing individuals, associations and stakeholders for the project.

The police boss said that the project had become necessary in view of the accommodation problem being faced by the personnel, noting that any police posted to the command would henceforth have a place to stay.

In his remarks, Kokumo commended the police commissioner, officers and men of the command for reducing crimes in the state, urging them to do more.

The AIG, who was worried over the traffic situation in Lagos, called on Odumosu to carry out “Operation Keep the Traffic Moving,’’ adding that traffic was also responsible for some robbery incidents in the state.

He urged the officers and men to check traffic build-up in their respective areas.

Kokumo stressed that Ogun and Lagos would have a joint patrol team to tackle robbery situations in their border towns, particularly on the long bridge axis of Lagos-Ibadan expressway.

He said that some of his expectations from the officers and men of the command included observations of human rights and professionalism in their conducts.

The police chief warned them against corruption, indiscipline and civil matters, stressing that criminal cases were enough to engage the officers and men.

He commended the state government for provision of logistics and the command for the training and the housing project, assuring that request for more logistics would be tabled before the IGP. (NAN)