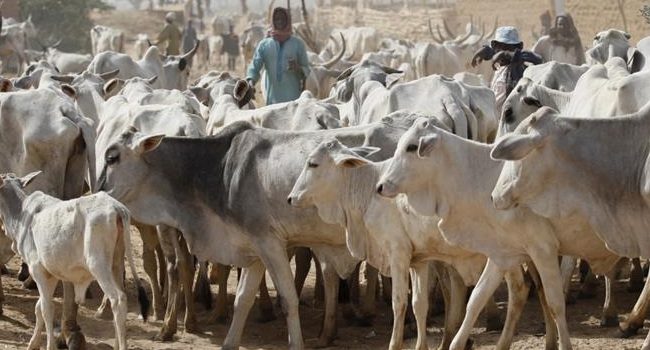 Alhaji Siddiki Gidado, Chairman of the body, made the call in an interview with the News Agency of Nigeria (NAN) on Monday in Awka.

Gidado noted that the immediate past government led by Chief Willie Obiano used the committee to resolve cases that would have resulted to big conflicts.

He expressed the commitment of the group to partner with Soludo to ensure farmers and herders had seamless relationship.

“We as a body doing business in Anambra and other parts of the South-East, we pledge our unalloyed support to partner with the new governor to ensure peaceful coexistence between our members and residents of the state.

“The Miyetti Allah Cattle Breeders Association knows fully well that without a safe and secure environment, our business is bound to suffer deplorable losses,’’ he said.

Gidado expressed regret that in spite of government’s efforts, the spate of insecurity across Nigeria offered no respite to the residents, especially herders in the state.

“As Chairman in the South East Zone, I am deeply worried about the vulnerability of our herders to the brazen rascality of criminal elements in some parts of Anambra State.

“This ugly act was once again laid bare in Obene, a rural community in Ogbaru Local Government Area, where a gang of gunmen invaded herders’ settlement at wee hours of the morning, and unsettled the peace of the micro-community,’’ he said.

Gidado said that the intervention of state actors helped in tackling the unfortunate incident, noting that many of the cows which got missing were recovered.

“The Obene incident is just one of the many instances of attacks by different shades of criminals on herders at different locations in the state.

“MACBAN South East Zone is fully in support of Gov. Soludo’s mission of making Anambra a homeland where every decent person will find pleasurable to live in, learn, work and enjoy life fully.

“We plead with the new Anambra administration to deploy more creative measures in stemming the latent tension between herders and the locals in some parts of the state that have been marked as flashpoints,’’ he said. (NAN)