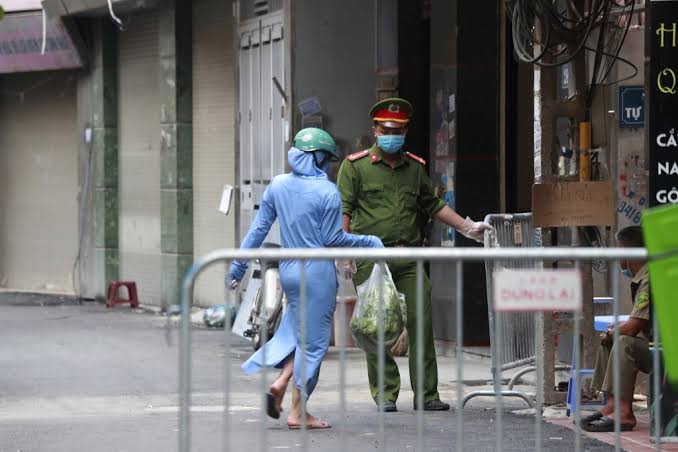 A village in northern Vietnam has been locked down after a local woman tested positive for the mutated British coronavirus strain on arrival in Japan.
Vietnam’s Ministry of Health said on Wednesday.
She had tested negative two days before leaving Hanoi, it is possible she caught the coronavirus while in transit.
The woman is from Kim Dien Village on the outskirts of Hai Duong City, an hour away from Hanoi.

16 people she came into contact with have also been isolated, the ministry said in a statement.

Vu Duy Dang, chairman of the people’s committee in the commune where the woman’s family lives, said they had begun spraying and disinfecting the area.

The woman took a flight from Hanoi to Singapore on Jan. 17, and then travelled on to Japan.

She was tested upon arrival in Japan and, on Tuesday, the results of genetic sequencing showed she had tested positive for the variant of the virus initially discovered in Britain.

Vietnamese authorities are taking all possible precautions, especially as the woman had recently been working in an industrial estate in Hai Duong City that employs thousands of people.

So far, the new strain of the virus has mainly occurred in Britain.

Experts say the variant is more infectious, but it is unclear whether it is also more deadly.

Vietnam has seen no community transmissions of coronavirus in months.

Having officially recorded just 1,551 cases of COVID-19, along with 35 deaths, the south-east Asian nation has so far proved a global success story in its response to the coronavirus pandemic. (dpa /NAN)