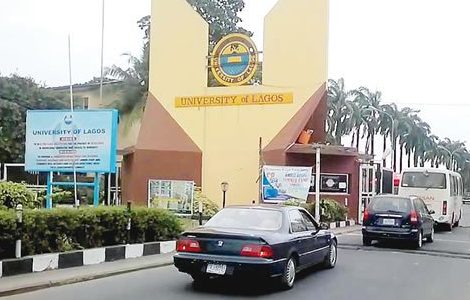 It will be a tragedy if the world is told tomorrow that one of the most significant universities in Africa’s most populous country could not admit the overall best candidate in a Unified Tertiary Matriculation Examinations (UTME) on account of age – in 21st century.

Insinuations that the 15-year-old Ekene Franklin, who broke the record with the highest score of 347 of 400 in the 2019 Unified Tertiary Matriculation Examinations (UTME), may not get admission into his preferred University of Lagos (UNILAG), on account of his age, is quite disheartening and could only portray Nigeria as anachronistic in this age that whiz-kids are disrupting with technologies.

What else do we stand for as a country, when the brightest amongst us could be so relegated, while dullards, most often, are offered scholarship? Elsewhere, an exceptional and gifted student like Ekene Franklin, would be offered prestigious scholarships by first-class and prestigious institutions to pursue his dream course of study and such offers bestow honour to the institution.It is most regrettable that a supposedly top rate institution such as the University of Lagos (UNILAG), that prides itself as “The University of First Choice,” which ought to show the way, is at the centre of this anachronism.

There have been profound arguments in favour of maturity for tertiary education but that should not hold for precocious children who are most times isolated for Gifted Schools. Therefore, the University of Lagos should use this opportunity to disrupt and amend its rules to admit this exceptional candidate who should be nurtured, watched and mentored too. UNILAG should not box itself into a tight corner, where it could no longer appreciate excellence on account of a self-imposed obsolete age restriction, which is not cast in iron. There should be a waiver for such exceptionally bright students. Ekene Franklin is a genius and should be treated as such.

The same way autistic and mentally retarded children are given special attention is the way top rate exceptionally bright students should be nurtured to greatness.Every rule has some exceptions and a situation such as this demands that Universities such as the University of Lagos show flexibility and “leadership” edge among its peers. There ought to be a window in whatever rule or regulation it made. Geniuses such as Ekene emerge once in a while and as such should not be dismissed in a way that can impair his future.

Interestingly, some other varsities are reportedly eager to offer admission to Master Ekene Franklin even with scholarship. For instance, Gregory University, Uturu, Abia State, has reportedly awarded scholarship to the candidate. Master Ekene should not despair but be open to explore other institutions should UNILAG fail to offer him admission. The excellent score should not be wasted.

Citizen Ekene Franklin came tops in the 2019 UTME results released the other day by the Joint Admissions and Matriculation Board (JAMB), with a score of 347 out of 400. He emerged the highest scorer with English (78), Mathematics (91), Physics (86) and Chemistry (92).

According to the JAMB registrar, Professor Ishaq Oloyode, who announced the results, “Unfortunately, Ekene Franklin will not be granted admission into his school of choice … because the young boy is not up to 16 years of age.” There is no law in Nigeria that prohibits under-sixteen year olds from going to university. Therefore, such regulations made by individual institutions should be challenged legally on human rights grounds.

Worldwide, there exist exceptional gifted students, who have demonstrated uncommon brilliance in academics. Such brains are encouraged and not demoralised. Institutions in progressive societies nurture these hot brains to greatness. A few examples will suffice.

READ ALSO: NFF Mourns Ogbeide, Says He was One of Nigeria’s best

Indian-Australian Akshay Venkatesh finished high school at age 13 and went to the University of Western Australia, graduating with First Class honours in Mathematics in 1997 being the youngest student ever to do so. He consummated his academic success with a PhD from Princeton University at age 20 in 2002. He has gone from holding a post-doctorate position at MIT to becoming a professor at Stanford University.

Erik Demaine began studying at Dalhousie University in Halifax, Nova Scotia, when he was 12 years old and graduating at age 14. He then set his sight on a PhD, completing a pioneer work in computational origami at the University of Waterloo before his 21st birthday. In 2001, Demaine became MIT’s youngest ever professor.

These and many more elsewhere would make UNILAG and indeed Nigeria a laughing stock for killing talent by not recognising that there are gifted children who just can’t be stopped.On that ground, Ekene should be given admission. He is a whiz kid, a young genius. Whiz kids are in the minority. They come once in a while.

If such exceptional kids in other climes, who were even younger, could excel, Ekene would also definitely make it. All that is required is to attach a course adviser to monitor him. Certainly, the UNILAG rule, from all intents and purposes, is obsolete and should be reviewed in the light of the knowledge boom of the 21st century.

A lot of restrictions are used to limit our bright and progressive young intellectuals. Things like catchment area; educationally advantaged or disadvantaged states, environmental discretion, etc, are all retrogressive forces that should be abolished forthwith. And to all these is added age limit by some institutions. We can’t throw our children into the pit in this cavalier manner. These are the low hanging fruits in restructuring that this newspaper harps on every day.

Without a doubt, this is a talent management issue, which should form part of our curriculum. There should be advisers to monitor talented kids. Someone should mentor the kids till they mature. There should be no pushing of children by parents. The point at issue in this extraordinary case is the fate of our future leaders, which should not be taken for granted. University of Lagos, what are you waiting for? Reform and disrupt your rules to reflect current realities.

This Editorial was first published by The Guardian Newspapers on May 19, 2019