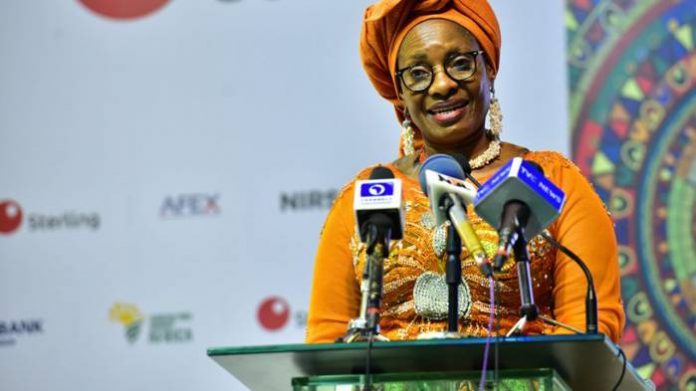 Twenty-Five Years after the adoption of the Beijing Declaration and Platform for Action – a progressive roadmap for gender equality – and five years into his tenure, the pledge by President Muhammadu Buhari to exceed 35 per cent target for appointing women into key positions is too little, too late. This is a shame because government’s inaction not only disregards the Nigerian National Gender Policy (NGP), it exemplifies official waste of human and material resources, which undoubtedly slows down the pace of national development. The President should stop rhetoric on women inclusion in governance, and simply walk his talk.While playing host to a women group led by the Minister of Women Affairs, Mrs. Pauline Tallen, in Abuja, Buhari said his administration was committed to having more women in governance. He had spoken in a similar vein at the UN Assembly in 2018 when he drummed support for the inclusion of women in politics. In addition, he has acknowledged several times how women mobilised voters to ensure his victory during the 2015 presidential election, a pointer that he is a beneficiary of the strong support of Nigerian women.

However, till date the story of women in governace in Nigeria under his administration has not changed, as the proportion of women elected and appointed into political office is well below the 30% approved by Beijing Declaration and Platform for Action target and the 35% endorsed by Nigerian NGP.

In 2019, women representation in Nigerian parliament was 3.05 per cent and 6.42 per cent in the Lower House and Upper House respectively; while it was 3.38 for the two houses combined. This, among others, reduces the support that can be garnered from the bicameral legislature, for issues that affect women. In contrast, women representation in the parliament of Rwanda accounts for 61.3% and 38.5% in the Lower House and Upper House respectively. This makes Rwanda the country with the highest representation of women in the parliament out of 192 countries presented on the global database.

Under-representation of women in parliament is a violation of the NGP, which recognises women as a constituency; and a marginalisation of a section of the country. If the President can not implement NGP developed by the excutive arm of government, who can?

Government’s attitude does not reflect its ratification of the Convention on the Elimination of All Forms of Discrimination Against Women (CEDAW) in 1985, which establishes international legal obligations to take all appropriate measures to eliminate discrimination against women with regard to political participation. It is also noteworthy that Nigeria ratified the Protocol to the African Charter on Human and Peoples Rights (Article 9:1) on the Rights of Women, which requires states and political parties to take specific positive action to promote participative governance and equal participation of women in the political life of their countries through affirmative action, enabling national legislation and other measures.

Besides, Millennium Development Goal (MDG) N0.3 and Sustainable Development Goal (SDG) N0.5 are on achieving gender equality and empowerment of women and girls, aimed at gender equitable development. Obviously, women’s roles in the process of development have been increasingly recognised and their contributions undisputable. Government’s non-compliance with these instruments probably prompted some civil society organisations to seek court intervention over the 35 per cent appointment of women in governance; insisting that the overwhelming predominant appointment of the men into decision making positions of the federation was wrong, unlawful and unconstitutional.

The continued under-representation of women in governance in Nigeria has been established as one of the major setbacks for her socio-economic development; because it denies the nation the opportunity of drawing on the full range of human resources available for its progress and make the needs of women and girls invisible’ in policies. Having more women in governance will not only help to promote gender equality, but bring about humane policies that will affect the lives of Nigerians positively.

This is in tandem with Nigerian National Gender Policy (NGP) ultimate goal, which is to build a just society devoid of discrimination, harness the full potentials of all social groups regardless of sex or circumstance, promote the enjoyment of fundamental human rights and protect the health, social, economic and political well-being of all citizens to achieve equitable rapid economic growth; evolve an evidence-based planning and governance system where human, social, financial and technological resources are efficiently and effectively deployed for sustainable development.

It is important for the relevant Ministries, Departments and Agencies (MDAs), community and religious leaders, the organised private sector, media and NGOs in collaboration with international development agencies to rise to the occasion, work with government – to accelerate the implementation of Nigeria NGP aimed at improved representation of women in governance.

It is equally imperative of women organising for improved representation in the public sphere to use their latent power and numbers as resources for addressing the factors worsening their marginalisation. They should constitute themselves into pressure groups, and draw on the Nigeria NGP, which recommends 35 per cent affirmative action and seeks an inclusive representation of women with at least 35 per cent of both elective political and appointive public service positions respectively. They can mobilise to promote women’s participation in politics – as voters, candidates, politicians, civil society activists and in other roles.

In addition, women groups and NGOs should latch on the ongoing constitutional review processes at all levels to institutionalise accountability mechanisms and frameworks in the implementation of the National Gender Policy and the use of gender-disaggregated data for planning.

Buhari can still redeem his promise of exceeding 35 per cent involvement of women in governance, by appointing women into positions of leadership and write his name in gold. This is long overdue but achievable.