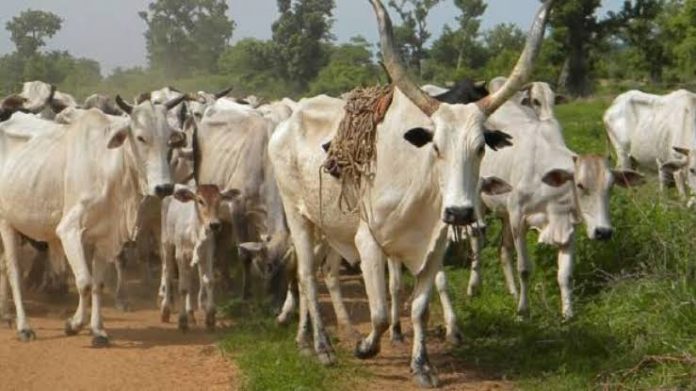 A straying cow that bolted out of control from its guides has killed a three-month-old baby at Ebrumede community in Effurun, Uvwie Local Government Area of Delta State.

The incident occurred, late Monday morning, when the cow was being taken to a customer by two herdsmen.

The cow reportedly went haywire and strayed off the DSC expressway by Ebrumede Magistrate Court near the DSC roundabout and headed for the victim who was on the back of her mother.

As if on a mission, the cow attacked the mother from behind with its long horns, rupturing the head of the baby.

Further reports gathered revealed that the ominous cow had earlier injured an aged man as well as uncontrollably strayed into the court premises leading to pandemonium.

The baby whose skull was ruptured by the cow was rushed to the Warri Central Hospital where she was certified dead by doctors on duty.

The Acting Delta State Police Public Relations Officer (PPRO), DSP Bright Edafe, who confirmed the incident, said the herdsmen escorting the cow had been arrested by police operatives at the Ebrumede Police Station to face the law. (Nigerian Tribune)