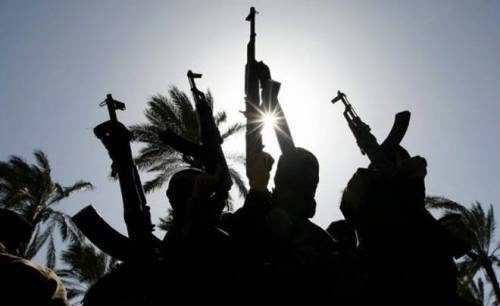 The Bayelsa Police Command has confirmed the death of a 78-year-old woman, Mrs Ayoko Owoko, in the custody of kidnappers in the creeks of Southern Ijaw Local Government Area of the state.

Mr. Asinim Butswat, spokesman of the Command who confirmed the incident on Thursday in Yenagoa described it as sad.

He said the police was making efforts to rescue the aged woman before her body was discovered by the waterside.

He, however, said that the police would leave no stone unturned in ensuring the arrest and prosecution of the perpetrators of the heinous crime.

The News Agency of Nigeria (NAN) reports that body of the mother of the immediate past member of Bayelsa State House of Assembly was found in Amasoma.

The septuagenarian was abducted on April 18 at her country home at the riverside town of Amassoma in Southern Ijaw area of Bayelsa by some yet to be identified gunmen.

NAN reports that the body was discovered on Wednesday at the bank of the River Nun which flows through the community.

The victim who was reportedly sick at the time of her abduction was believed to have been dumped at the location following her death in captivity.