Home News Headline News Political Parties Too Many, Should Be Pruned to Five – Awe 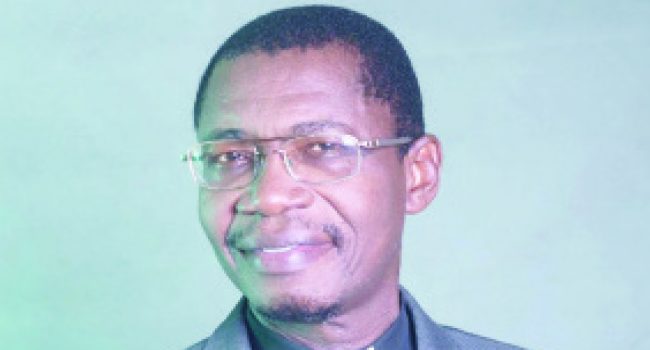 Venerable Funso Awe, a political activist and cleric, has said that political parties in Nigeria are too many and should be reduced, stressing that a lot of confusion during the last general elections could be traced to that.

Awe, the governorship candidate of the National Conscience Party (NCP) in Lagos State in the 2019 election, who spoke exclusively to NEXT EDITION, said the number, which stood at 93, should be pruned to five.

The politician, who fielded questions on the recent disclosure that about 200 associations had applied for registration as political parties, stated that sources at the Independent National Electoral Commission (INEC) as well as the European Union Electoral Observer Team had confirmed that the number of parties had become too many for the electoral agency to manage.

Awe said: “The number of political parties is just too many. This contributed to serious confusion during the election. Many of the parties, though not on ground, got votes, not because they and their candidates were popular, but because the number was confusing.

“Many people made a lot of mistakes in thumb printing. Nigerian democracy has not got to the state where such a number of parties can be managed. The winner-takes-all mentality of Nigerian politics is not helping matters. But, the new Ogun State governor said he would carry other political parties along, as was seen by the transition committee he put together before his inauguration. He seems to be ready to carry everybody along.”

Continuing, he stressed: “I suggest that the number of political parties be pruned. As far as I am concerned, we should not have more than five political parties. Activists in extreme left should be in one party.

Awe maintained that going by the situation within the All Progressives Congress (APC), it was doubtful if it would manage its 2019 electoral victory successfully, as there were indications that the party had several crises at both national and state levels.

He predicted that going by the way the ruling party had been enmeshed in crises, that after President Muhammadu Buhari, the party might not win the Presidential election again for a long time, unless by miracle.

Awe added that the APC would be in confusion over which section of the country that would produce the next President, which might lead to a split in the ruling party.

As he put it: “Buhari will soon be on his way out and there will be a struggle in APC over who will succeed him. Will they give the position to South as it should? If so, will it be given to South East, which is not in the mainstream?

“Will it be given to South West? Asiwaju Bola Tinubu has not come out to say that he is interested in the position. But, there is no smoke without fire. The North can still hold on to the position. Any zone outside North Central where Buhari came from can still bid for the Presidency. You can even see how difficult it was for the APC to decide on the National Assembly leadership.

“I foresee that between now and 2023, APC will have an implosion. Under Tinubu, AD metamorphosed to AC, to ACN and now to APC. That is one organisation that has evolved. Tinubu’s party is like Econet, which once answered Zain, and other names, but is now called Airtel. In APC, anything can happen like in Charley Boy show.”

Awe also maintained that between now and the next three years, both APC and PDP would experience a lot of changes, as there would be .movements between the two parties before the next general elections.

“It is possible that another political party may emerge from the two, which will put both APC and PDP out of business,” he added.

“People may rise up against the status quo. The country needs restructuring. The present government is not ready to do that. Restructuring will be a major issue between now and 2023.”