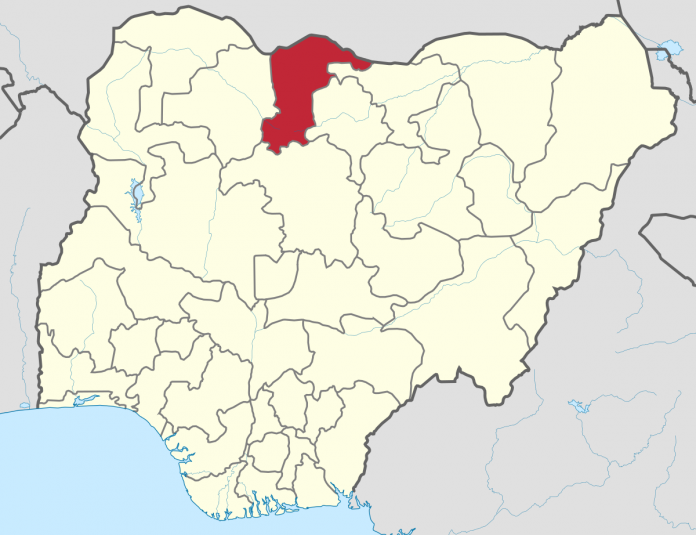 Police in Katsina State have arrested the ward head of Gobirau Village in Faskari Local Government Area of the state for alleged connivance with terrorists.

Police spokesman, SP Gambo Isah, paraded the village head before journalists on Friday alongside some other suspects.

He said the police received a distress call that one Yahaya Danbai (35) was attacked on his farm by a suspected terrorist using AK 47 rifle.

“The farmer summoned courage, overpowered his assailant, disarmed him and killed the terrorist.

“He took the recovered AK 47 rifle and reported the incident to the ward head, Malam Surajo Madawaki (50).

“Rather than report the matter to the police, the village head called one Hamisu, a notorious leader of the killed terrorist and handed over the recovered AK 47 rifle to him.

“Consequently, Hamisu mobilised his gang, surrounded the village, brought out the gallant farmer and killed him instantly,” SP Isah said.

He said also that the terrorists placed a N10 million ransom on the community because the farmer killed one of their members, failing which they would kill everybody in the village.

“Since then the said ward head went into hiding, until he was eventually arrested.

“In the course of investigation, the village head confessed to the commission of the offence,” he said.

The spokesman added that the police arrested other criminals, including suspected informants, a car snatcher and also cattle rustlers.

According to him, other suspects arrested included suspected armed robbers, a paedophile and a woman accused of killing her step son by throwing him into a well. (NAN)