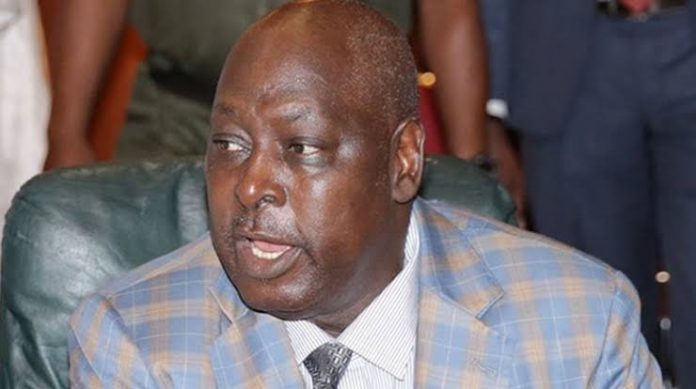 An Abuja High Court on Friday discharged a former Secretary to the Government of the Federation (SGF), Babachir Lawal, and five others of N544 million grass- cutting fraud.

Justice Charlies Abgaza ruling in a no-case- submission filed by the defendants ruled that EFCC failed to establish prima facie case against the co-defendants.

Agbaza held that no ingredients of any offence was made out by the 11 witnesses that testified for the EFCC.

He further held that EFCC did not establish that Babachir Lawal was either a member of the Presidential Initiative for North East PINE that awarded the contract or a member of the Ministerial Tenders Board that vetted and gave approval to the disputed contract.

The judge held that EFCC also failed to link Babachir Lawal with Bureau of Public Procurement BPP that issued a certificate of no objection to the contract before it was awarded.

Agbaza, therefore, discharged all the defendants of the 10-count charges against them for want of evidence to link them with the purported offence.

They had pleaded not guilty to the charges when they first appeared before the late Justice Jude Okeke on Feb. 13, 2019.

The EFCC alleged that Lawal, while he was the SGF, converted and awarded cumulative proceeds of grass cutting contracts worth over N544 million to companies he had interests in.

They also pleaded not guilty the allegations against them when they were rearriagned before Justice Agbaza. (NAN)