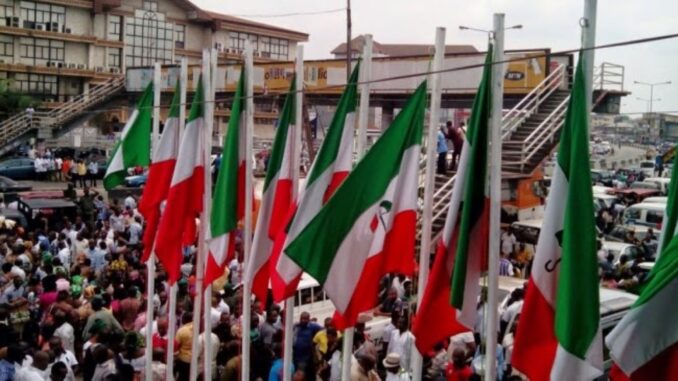 The APC defectors, who are from four wards namely Rubocchi, Chibiri, Kuje Central and Gaube ward, were received at the PDP Secretariat in Kuje.

The APC defected denounced their membership cards, brooms and posters in replacement for the umbrella of the PDP.

Abila Sarkin-Yaki, the leader of the defectors, in an interview with the News Agency of Nigeria (NAN) said they were dissatisfied by the approach of APC policies.

According to him, the defectors pulled out from APC by him, decided to join the PDP to contribute to the development of Kuje Area Council.

“Our stay in APC has not been encouraging and APC policies and approach has not encouraged democracy and governance in Kuje area council.’’