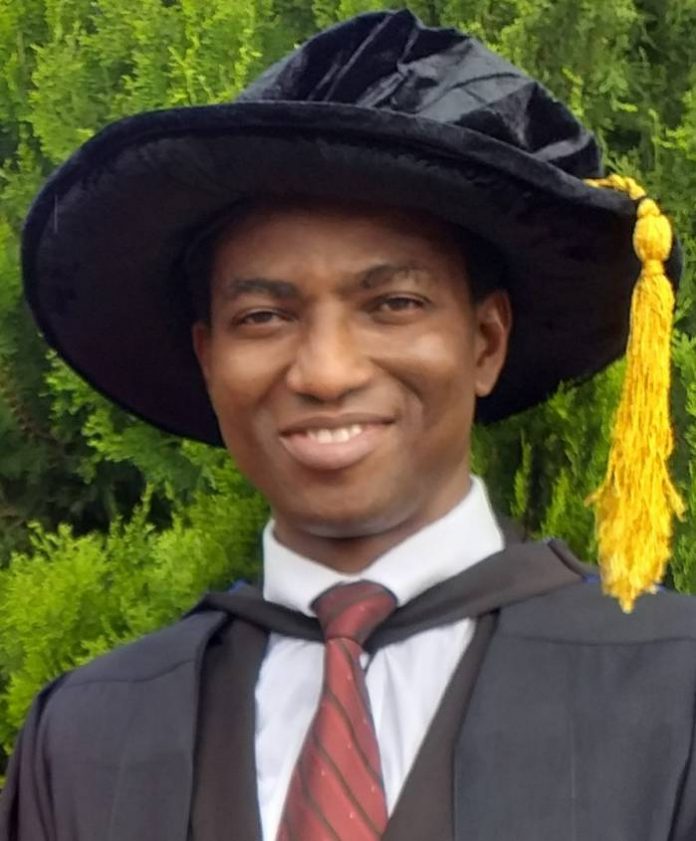 The Council of Caleb University, Imota, Lagos, has approved the appointment of Mr. Mayokun Olumeru, as its new acting registrar with immediate effect.

A statement signed by the university’s spokesman, Dr. Elvis Otobo, and made available to The Next Edition in Lagos on Monday, said that Olumeru took over from Mrs Folake Okor, following the completion of her tenure.

According to the spokesperson, Olumeru obtained a bachelor’s degree in Medical Physiology from the University of Ilorin in 2001.

The statement read: “The Council of Caleb University, Imota, Lagos as approved the appointment of Mr. Mayokun Olumeru as its new acting registrar with immediate effect. Mr. Olumeru took over from Mrs. Folake Okor after the completion of her tenure.

“Olumeru is a multidisciplinary, multilingual, multi-talented, and multiple master’s degree holder who obtained a bachelor’s degree in Medical Physiology from the University of Ilorin in 2001 after which he started his career first as the Operations/Sales Manager for Health Afric Magazine before proceeding for the compulsory National Youth Service in 2002.

“His post-service career started as a retained teacher in his place of primary assignment – Victory High School/Victory College, Lagos, from where he left for his first master’s degree in Medical Physiology obtained from the University of Lagos in 2005.

“Upon completing his master’s degree, he joined the banking industry where he assiduously rose to the position of Head of Operations. During his stint within the financial sector of the economy, he was saddled with various administrative roles as part of the branch-level management.

“He resigned in 2011 to embark on his second master degree in Computing Science, University of Newcastle upon Tyne, Newcastle.

“He equally holds a distinction certificate in Travel and Tourism Services and Level 2 award in Meet and Greet Services both from Newcastle College, Newcastle, UK.

“Arriving from the UK in 2012, he spent some time gaining industrial experience at the Nigeria Liquefied Natural Gas (NLNG) facility in Bonny Island before venturing into private business related to the construction industry between 2013 and 2014.

READ ALSO: Not All Mushrooms Are Edible, Some Are Poisonous — Scientist Warns

“Extending before and beyond this period (2013 – 2019) he served in the position of Senior Special Assistant to the founder, Caleb University/Caleb Group of Schools prior to joining Caleb University as the pioneer Deputy Registrar (Strategic Management Services).

“In his position as Deputy Registrar, he was pivotal to the institution’s ahead-of-the-pack seamless deployment and transitioning to virtual learning during the lockdown.

“On the global stage, he played a key role as part of the Newcastle City contingent that welcomed members of the international community to Newcastle City during the London 2012 Olympics.

“As an individual with a multifarious educational inclination, Mayokun is able to easily relate to students of various fields and educational backgrounds.

“Mayokun is a platinum-level member of the Information Systems Audit and Control Association (ISACA).

“As one of the national top scorers in the ISACA Certified Information Systems Auditor certification examination (2008), he is well versed in IT Governance and Management as well as Information Systems Operations and Business Resilience. He is also a member of the Association of Computer Machinery (ACM).