The Nigerian Army has claimed that recent killings, arson and destructions in the south- eastern part of the country Nigeria were orchestrated and executed by members of the proscribed Indigenous People of Biafra (IPOB) and Eastern Security Network (ESN).

The Director, Army Public Relations, Brig.-Gen. Onyema Nwachukwu, stated this while briefing journalists on the ongoing army exercises across the country on Monday in Abuja.

Nwachukwu said the group had engaged in killing of innocent citizens and burning of houses and turned around to accuse personnel of Nigerian Army of perpetrating the acts.

He urged the public to disregard the various videos in circulation depicting army personnel as enemies of the people.

Nwachukwu said that troops of 82 Division operating under “Exercise Golden Dawn” in the region had continued to protect lives and property as well as checkmating the activities of IPOB/ESN in the region.

He said that the Chief of Army Staff (COAS), Lt.-Gen. Faruk Yahaya, had on Oct. 4, inaugurated Exercises Still Waters, Enduring Peace And Golden Dawn in the South-South, South-West, North-Central and South-East zones covering 20 states and FCT.

According to him, these exercises are traditionally scheduled to hold in the last quarter of the year to checkmate all forms of crimes as the yuletide approaches.

“As it stands today, troops have maintained an offensive posture, conducting several kinetic operations in the forms of raids on criminal hideouts and patrols amongst others.

“So far, all the exercises have recorded significant successes. I will go through each subsequently by way of reporting,” he said.

Under Exercise Golden Dawn, Nwachukwu said that members of IPOB/ESN had recently engaged in arson and wanton destruction of property at Izombe Community of Oguta Local Government Area of Imo.

He said the act was perpetrated by one Chukwunonso Iherue, a convict who was among the escapees from the Owerri Correctional Centre on April 5.

He said Iherue masterminded the attack on Izombe Divisional Police Headquarters on May 14, during which four of his gang members were neutralised.

The army spokesperson also noted that Iherue also masterminded the attack on the same Police Divisional Headquarters on Aug. 13 where three policemen were killed.

He added that the said Iherue and his gang members were seen parading Izombe community, flying the Biafra insignia on Oct. 1, while threatening and instilling fear in the people, thereby creating tension in the community.

He said when troops attempted to arrest him, he escaped with the help of some persons until he was later neutralised when he engaged the troops with fire from his pistol in a frantic attempt to escape.

“The group opened fire on own troops, killing two soldiers in the process.

“In an effort to avoid civilian casualty and collateral damage in the community, troops tactically withdrew from the area.

“Unfortunately, the suspected IPOB members ran amok, setting ablaze houses and other property belonging to those perceived to be against them.

“A reinforcement team was deployed to Izombe and the security situation was immediately stabilised, while peace has since returned to the community.

“It was, however, observed on arrival at the community that the criminal gang also burnt own troops van in addition to other public and private property,” he said.

He added that troops also foiled an attack by suspected IPOB/ESN gunmen at Arochukwu Correctional Facility in Abia, among other operational successes in the south east zone of the country.(NAN) 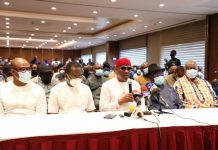 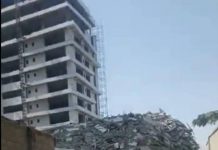 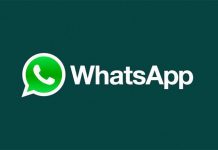 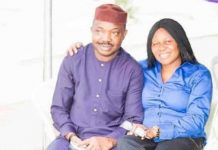 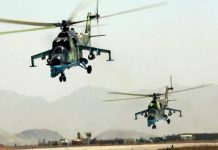 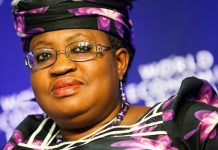