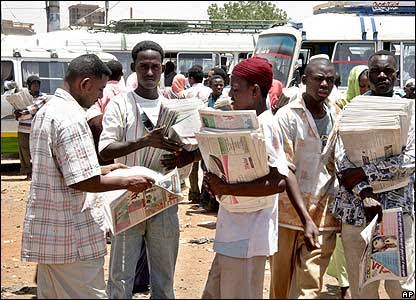 The Federal Government has said it would enroll members of the Newspaper Vendors Association of Nigeria into the N-Power programme.

This, according to Labour and employment minister Chris Ngige, who made the promise on Friday in Abuja, would enable them acquire some skills.

Members of the Federal Secretariat branch of the association, led by its chairman, Desmond Obiagwu, paid the minister a courtesy visit.

Ngige commended the vendors for being good citizens by choosing to earn a decent living through newspaper vending, instead of engaging in criminal activities.

According to him, the vendors were equally helping government through their work.

“Your association has helped the labour ministry because newspaper marketing is part of information dissemination.

“Through your activity, we get information on brewing labour unrest, and try to nip them in the bud through conciliatory meetings.”

Speaking earlier, Chairman, vendors, Desmond Obiagwu, congratulated Ngige on his re-appointment, and wished him success in running the labour ministry.

He noted that Ngige’s many achievements in his first tenure, including the approval of a new national minimum wage for workers, contributed to his re-appointment by President Muhammadu Buhari.