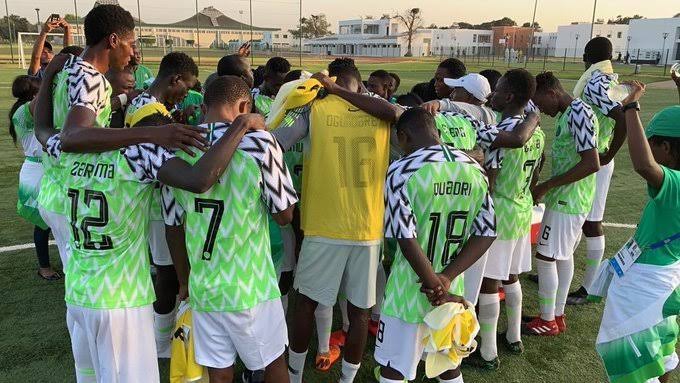 Nigeria’s Flying Eagles on Friday booked a semi-finals berth in the men’s football event of the 12th All African Games following a 2-2 draw against host, Morocco in their last Group A match.

The News Agency of Nigeria, NAN, reports that the Flying Eagles fought back twice in the game to condemn the hosts to an early exit from the competition.
The hosts who needed a win to advance to the semi-finals stage started strongly and scored an early goal in the game.

Nigeria fought back and got a deserved equaliser late in the first half with Abubakar Ibrahim converting from the spot after Ahmad Ghali was brought down inside the box.

Morocco regained the lead from the spot early in the second half after a Flying Eagles player handled the ball in the box .