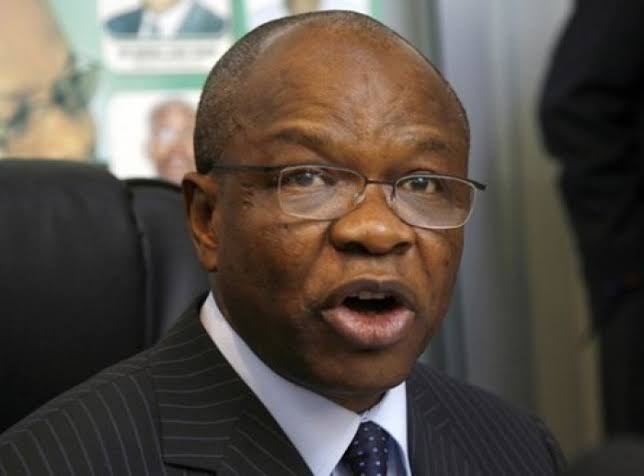 He is facing a four count charge on fraud allegations to the tune of N1.2 billion allegedly committed in the build-up to the 2015 general elections.

Precisely, the anti-graft body alleged he committed the offences between December 2014 and March 27, 2015.

It said Iwu aided the concealment of N1.2 billion in the account of one Bioresources Institute of Nigeria Ltd., which he ought to have reasonably known was part of the proceeds of an unlawful act of fraud.

The EFCC prosecutor Mr. Rotimi Oyedepo, said the offence contravened the provisions of sections 15 (2) (a) and 18 (a) of the Money Laundering ((Prohibition) Act 2011
Iwu pleaded not guilty to the charges read to him before Justice Nicholas Oweibo.

Recall that Iwu had earlier been arraigned before Justice Chuka Obiozor also of the Federal High Court during the court’s vacation.

The case was however reassigned to Justice Oweibo.

Justice Oweibo after taking his plea allowed the defendant to continue on the N1billion bail earlier granted him by Justice Obiozor and adjourned the case to Nov. 25 for commencement of trial.