Home Entertainment Davido Tattoos His Children’s Faces On His Chest 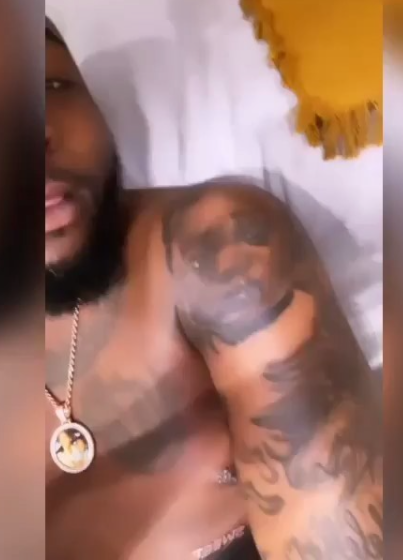 Nigerian celebrity artiste, Davido, who loves tattoos has added his children’s faces to his body collection.

The proud singer took to his Instagram stories yesterday, January 29 to show off the new tattoos.

His three children’s faces are now engraved on his chest.