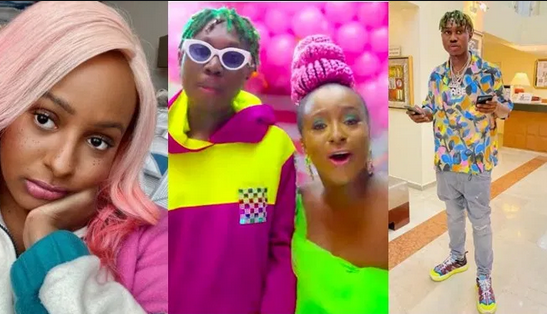 An aide of Davido, Afeare Isreal, has disclosed why popular singer, Zlatan Ibile, is angry with DJ Cuppy.

THEWILL recalls that DJ Cuppy, daughter of billionaire businessman Femi Otedola, had announced last year that she didn’t know why Zlatan Ibile blocked her on social media after their ‘Gelato’ collaboration.

Zlatan Ibile who featured on Soundcity’s ‘TheSwitch’ show stated that he doesn’t know who DJ Cuppy was.

This has sparked reactions on social media as many people continue to wonder what actually happened between DJ Cuppy and Zlatan Ibile.

Joining the conversation, Israel, who is Davido’s personal logistics manager, took to his Instagram account on Friday commending Zlatan for his action and describing DJ Cuppy as a ‘full fake friend’.

Isreal also alleged that despite the commercial success of the 2019 hit song, Gelato, by DJ Cuppy and Zlatan. Zlatan was never compensated by the popular Disc Jockey.

Israel claimed that DJ Cuppy took Zlatan for her fundraiser in Abuja where she made billions of naira but never paid Zlatan and did not take care of his accommodation.

He wrote: “Kudos to someone like Zlatan, who took a bold step by flushing a full fake friend like Cuppy who was just using his head all in the name of my papa na Otedola.

“Zlatan did a hit collabo with her, ordinary one kobo, he no see. She also took Zlatan to Abuja for her fundraising where she made billions of naira and didn’t even remember Zee for one kobo until tomorrow. No accommodation, no feeding. Zlatan had to even spend his own personal money at Transcorp Hilton to carter for everyone including me. Dis na 2021 abeg.” (THE WILL)