Emotions continue to flow from across the globe following the amputee status of Enugu Rangers legend Kenneth Abana and the severance of his allowance by Anambra State governor, Chukwuma Soludo.

Soludo had stopped the stipend approved for Rangers Veterans by Peter Obi and sustained by Willie Obiano, former governors of the state.

African Winners Cup champion with the Flying Antelopes in 1977, Emma Merenini was shocked. “It’s a shame”, he said from his United States base.

Abana, known as Magician in his active days, scored Rangers first ever international goal, in 1971 against Secteur Seven of Niger Republic. He is a pioneer member of the Enugu club.

From the United Kingdom, veteran journalist and ex- academical, Chief Ike Amaechi was inconsolable as Abana’s plight confronted his attention.

“It is only a heartless man that will not be moved by Abana’s plight. I am shedding tears already”, Amaechi told me.

“As a child growing up in Adikpo London, apart from Pele of Brazil, I also heard the name of a Nigerian player called Kenneth Abana. Then I learnt that he was master of chest control. Infact, anytime someone chest- controlled the ball, we would hail him Abana,” Kpakor said.

“If I held executive power, I would go and bring Abana for treatment. I’m firmly of the belief that Rangers did not beat Hafia in 1975 because Abana was absent.”

Abana was one of the leading scorers in the early rounds of the CAF Champions League in 1975. He scored against Accra Great Olympics at away and scored again in the Lagos return leg before injury sidelined him.

Lagos entrepreneur, Bayo Mapaderun burned with rage. “This is so sad. We neglect our real heroes and celebrate the looters of state and national treasuries,” he cried out.

Some folks are still hopeful that governor Soludo will keep Politics aside and extend a helping hand to the old Ranger.

Paul Okoku who won African Nations Cup with the Green Eagles in 1984 and a member of the Flying Eagles squad that stormed Mexico in 1983 is optimistic.

“This is a call to action. A good clarion call necessitates keeping Abana healthy and alive,” Okuku advised from his US home.

Chief Amaechi went into a long sermon in the bid to show his pain.

” For those who grew up in Enugu, the mere mention of Abana and other Enugu Rangers Veterans gives us pump. The heart races, we want to be Igbo.

“Infact, apart from the heroes of the Civil War we heard in stories, the footballers were real Igbo heroes. Little wonder many of us adopted their names as sobriquet,” Amaechi revealed.

“I remember my elder brother, Chief Chukwudi Amaechi going by the nickname Ajaero ( after left winger Shedrach Ajaero), my street goalkeeper, late Sunny Opara, was Okosieme ( after keeper Cyril Okosieme) and my humble self was nicknamed Onye Okwe, from Onye Mbi ( after Sam Nwachukwu).

Amaechi played the game as a pupil while Abana and Rangers ruled the Nigerian soccer scene in the 1970s.

“The effect of Rangers players on pupils was second to none during inter – class matches with everyone wanting show the skills of one Rangers player or the other.

“At WTC Primary School,Enugu, my set faced Kenneth Okey Boardman who was later to play for Rangers in the 1980s. To bring it home, the mere mention of your parents or any relative taking you to go and watch a Rangers match assuaged your hunger for food for the day.”

Amaechi kept reeling out memories to convince me that a good Igbo leader must always remember what Abana and other Rangers Veterans stood for .

According to him, “Rangers carried the hope of restoring Ndigbo to their past glory in Nigeria. I remember some of the matches of that golden era which kept us on seats’ edges. The local derbies with Vasco Da Gama. I can’t forget the international friendly with Dundee United of Scotland in 1972.

“My father had taken my brother and I to watch the match and it was fascinating . Rangers won 2-0 and I can tell you that the programme of the game displayed photographs of Abana and his team mates. It remained a memento to me for along time.”

As he watched Abana and his magic, Amaechi was thrilled by one Asabatex player, George Hassan.

“Asabatex paraded one Afro- hair player, Hassan. He was brilliant and mesmerising. Infact, Rangers mascot, if I should so call him, Gwogwo de Gwogwo, never had a moment of respite trying to ginger the fans as they were almost taken over by the dancing of Hassan.

From Enugu, Amaechi moved to Methodist College, Uzuakoli in 1974 and followed Abana’s strides in 1975. That was also the year two other boys, Emeka Ezeugo and Obioha Achilefu gained admission.

” Ezeugo, Achilefu and I grew up to be integral part of the school’s Junior team. Also in our team was Buchi Atuonwu, the popular gospel artiste.

Amaechi said bye to active football when JAMB sent him to the University of Calabar in 1980. Ezeugo combined soccer with Academics and made the Super Eagles team to the USA ’94 World Cup. Achilefu, who lives in America, played for Rangers after Abana had retired and also featured for NNPC Warri.

” Please, let Abana not die,” Amaechi pleaded with Soludo. ” As Ndigbo count their heroes today, let them not forget Kenneth Abana and other Rangers Veterans”.

Abdulwahab-Omotose sees Abana as a hero. The Ilorin man represented Kwara State in the 1981 edition of the Ramat Cup.

Playing for Sparks, the Kwara team lost to Enugu Black Rocks, the eventual winners, in the semi finals.

The Ilorin fan of Abana’s is pained that a legend like Abana has been treated like an orphan by a government that should be proud of his contributions. 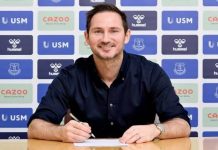