Last weekend, a farm belonging to former President Olusegun Obasanjo, in Benue state was burnt by hoodlums suspected to be members of the farming community.

Up until now, the real reason behind the dastardly act has not been officially ascertained but there were insinuations that the act was connected to inability of state government to pay host communities compensation over the land.

At the State Ministry of Agriculture, the Commissioner, Kester Kyenge, disclosed the status of the land in which the farm was sited.

Kyenge, a new commissioner in the ministry, who spoke through the Director of Agriculture, Mr. Thomas Unongo, explained that State Government did not pay initial compensation for the farmland it leased out to former President Olusegun Obasanjo.

Speaking to journalists in his office in Makurdi, Mr. Kyenge said the land was leased to Obasanjo farms after they paid a token which was given to the community members with an agreement to develop the community.

“No initial compensation was paid to the locals but government had an understanding with the benefitting communities that the lands will be developed for the benefit of the farmers and for whosoever wanted to invest in agriculture, such lands will be made available to such an investor with some little stipends.

According to him, several investors have come to Benue state, over the years, to see how they can invest in agriculture adding that Obasanjo farms was one of those investors that approached state government.

“They wanted to operate in Howe and close to Naka. So, the state government sat with the community and the representatives of Obasanjo farms, and agreed that, at some token, the land will be leased out to Obasanjo farms for 25 years.

“And that was one of the things that the State government felt Obasanjo was bringing apart from engaging the members of the community to work on the farm. In fact, as I talk to you, the manager of the farm is an indigene of the area. 95 percent of the workforce as well as women cooking for the workers are from the community. So, government felt that will bring development to the communities.

“The day of the signing ceremony, the Governor was there, chairman of Gwer local government and all the traditional rulers; from the Ter to the Or Tars and the community leaders. This is surprising to us because something was given to each group

“Obasanjo was working there with the intention of handing over the orchards to the community because Government is standing as trustee and the community is the owner of the land. No compensation was paid but there was an understanding to support the community develop that place. The entire land is almost 2,000 hectares”, he said.

While expressing surprise at the incident, the commissioner said the community has been living peacefully and never raised any quarrels with state government.

He also stated that the mangoes which were high breed species have started flowering, signs that they were going to be fruiting soon and expressed sadness that such hard work done over the years had gone in a twinkle of an eye.

“I was there recently and some good work has really been done there. They even gave some of the foreign species to community members and some form of techniques are being transferred to the community. Those who did that can best be described as hoodlums and the directives by the state government that they be apprehended and brought to book should be carried out to the letter.” 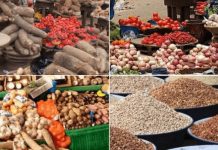 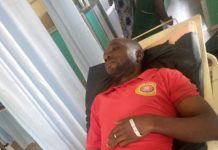