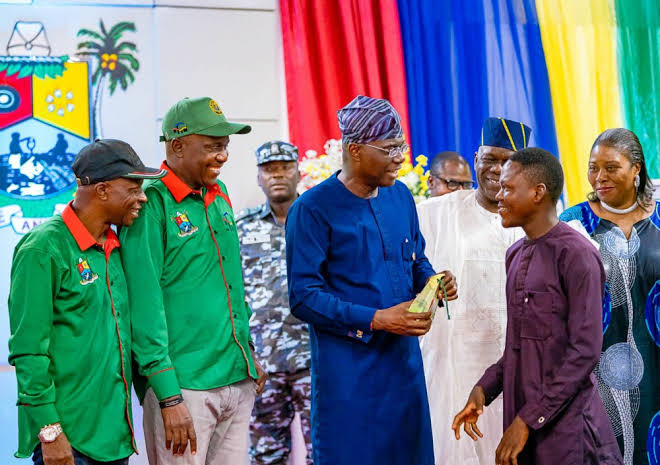 A total of 38 domestic workers in Lagos on Saturday received awards for their commitment, hard work and outstanding services to their various employers, the News Agency of Nigeria (NAN) reports.

The award ceremony was organised by the Association of Household Employee Managers (AHEM), an NGO, at its inaugural conference which held at Landmark Events Centre, Victoria Island.

The theme of the conference was entitled, “Future of Nigeria’s Domestic Staffing Industry – Changing the Narrative.”

AHEM President, Mrs Elizabeth Ajetunmobi, said that the ceremony was one of its kind that would encourage other stakeholders to emulate.

“We created the award as a way for employers to tell their staff “thank you” by nominating them to be recognised.

“They will receive certificates, gift prizes and knowledge sessions to improve their productivity,” she said.

Ajetunmobi called on stakeholders in the domestic staffing industry to collaborate by putting structures in place that would enhance the well being of domestic employees.

“It is important we are having this event today, because we need to change the way things are being done in the domestic staffing industry in Nigeria.

“You will agree with me that you hear all kinds of stories and for those things to stop happening, we need to start doing things differently.

“The inaugural conference will go a long way in tackling germane issues as it concerns domestic staff and their employers,” she said.

According to her, the vision of the organisation is three-pronged, including improving capability and welfare for household employees; satisfaction and safety of employers.

Ajetunmobi said AHEM also aimed to encourage the growth and regulation of domestic staffing agencies in the country.

The Vice President of AHEM, Mrs Emem Nwogwugwu, said communication was key to a healthy and peaceful relationship between domestic staffing and family members.

Nwogwugwu said: “When bringing in domestic staffing into your home, you have to communicate with them.

“Communication is not just talking, but it is about making sure the staff understand you: one of the most effective ways is to write down everything you want and be very detailed as much as possible.

“The employers should stop being rude to the staff in front of their children, because it affects the way the children are also raised and creates a toxic environment for everybody.”

READ ALSO: It’s An Insult To Say You Wooed Me To APC, Umahi Tells Fani-Kayode

Speaking, Mrs Titilola Adeniyi, a representative of the Lagos State Domestic and Sexual Violence Response Team, said that the team in the past two years had handled over 10,000 cases of domestic violence, physical abuse, sexual and child abuse within the home setting.

“There is no environment that is immune from experiencing abuse even in the home, work places, religious institutions; anybody can be abused anywhere.

“So, the message is, if it does happen to you, please gather the courage to speak up; abuse does not stop unless it is checked and one way of stopping it is by ensuring you report,” she said.

One of the awardees, Miss Bright Okon, who expressed appreciation for being recognised as a good and hard-working domestic staff, urged other workers to embrace peace with their employers.

“Being a nanny requires patience, good communication with your employers, compromise and tolerance.

“I call on other workers to imbibe these habits in the line of duty so that they can be rewarded like I was today,” she said. (NAN)