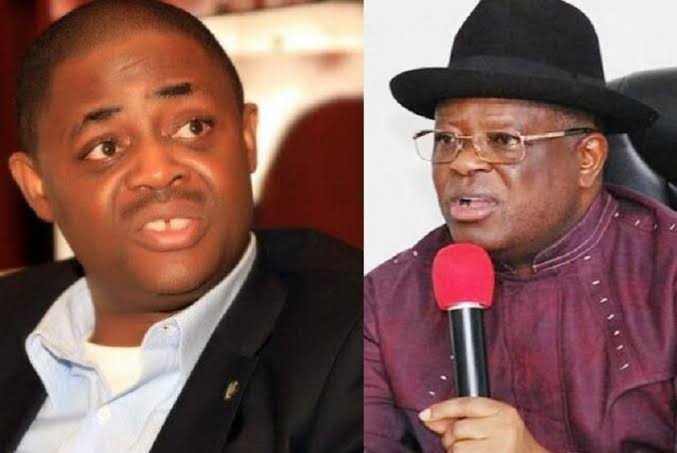 Governor David Umahi of Ebonyi State has asked Femi Fani-Kayode, former Minister of Aviation, to withdraw the statement that he was instrumental to his defection to the ruling All Progressives Congress (APC).

The former minister, who joined the APC on Thursday, had claimed that he was instrumental to the defection of three Peoples Democratic Party (PDP) governors, including Umahi.

He had listed other governors that he influenced their defection as Ben Ayade of Cross River, and Bello Matawalle of Zamfara.

But during an interview on Sunrise Daily, a Channels Television programme, Umahi said Fani-Kayode played no role in his defection.

“I think he needs to withdraw that statement, he’s my good friend but it was an insult to my person and the other governors.”

“The man did not know when I moved but he incidentally visited me and he said he’s coming to join me with the other governors to declare. How would someone in the PDP be instrumental in my moving? A whole governor of a state, not even a small governor, an experienced one.

“He has to withdraw his statement. He was never part of any discussion of my movement. I moved South East to the centre of administration. I moved to close the gap between the centre and South East, which our forefathers like Nnamdi Azikwe, fought for.

“For somebody to say that he’s instrumental to the movement of a whole chairman of South East Governors’ Forum is a bit of an insult to my person. And with all due respect, he has to withdraw that statement,” he said.