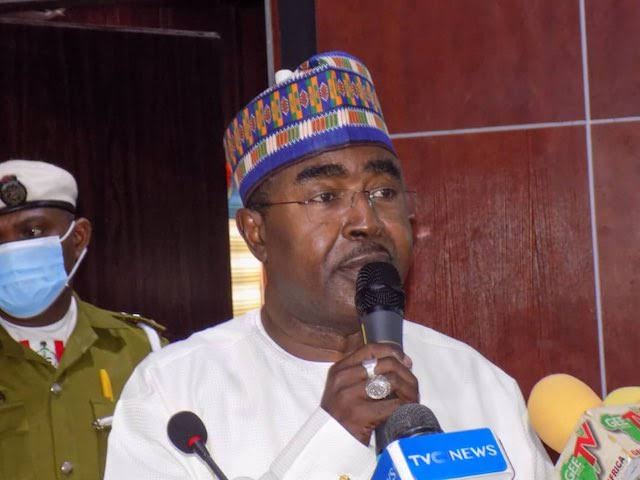 Retired Brig.-Gen. Buba Marwa, Chairman of National Drugs Law Enforcement Agency (NDLEA), has said that anyone intending to get married would have to do drug test.

He stated this on Saturday at the yearly Ogidi-Ela Day cultural celebration in Ijumu Local Government Area of Kogi.

Marwa, who was the guest speaker at the occasion, also said that President Muhammadu Buhari was resolute in his new thrust to purge the country of illicit drugs.

“Be reminded ladies and gentlemen, that, President Muhammadu Buhari is resolute in his new thrust to purge urge the country of illicit drugs.

“And the NDLEA is doing everything possible to meet up with Presidential Mandate to clean up our streets, towns and cities.

“That is why we have put in place various programmes with far reaching effects, one of which is drug integrity test.

“In the nearest future, anyone seeking employment into any government industry or ministry, parastatal or agency; or seeking admission into tertiary institution; or even getting married must first have to do drug test,” he said.

Explaining further, Marwa said intending couples have always had to do one test or the other to ensure that they have a successful marriage.

“If people are getting married don’t we ask them to do HIV test?

“Don’t you ask them to bring (result) of their Genotype Test?

“Now, if I put the question: How many (parents) want their children to marry drug addicts?

There was no hand raised from his audience, so, the former Military Administrator of Lagos State urged parents to protect their children and their future by saying “No to drug.”

“Let me also seize this opportunity to say how delighted I am to say that Ogidi (community) has a very successful and resourceful persons who can catalyze the efforts of keep drugs and their destructive consequences out of our country.”

He eulogized the contributions of some indigenes of Ogidi community to national development (NAN).