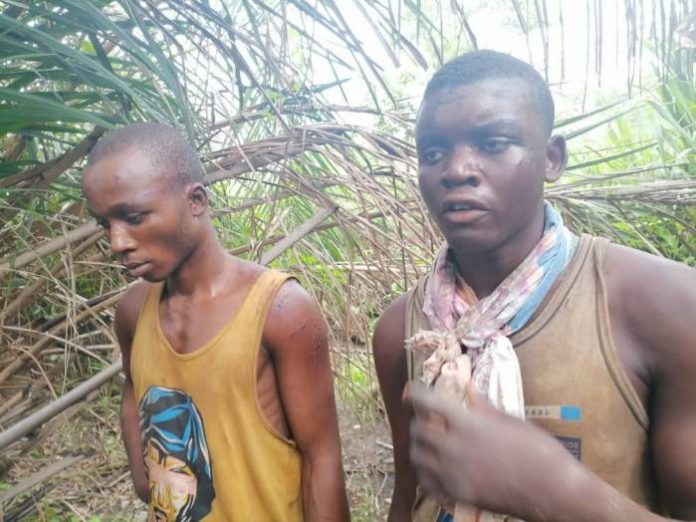 Two suspected serial killers from Benue State arrested by the Nigerian police in Osun, have confessed to killing their wives for making attempts to expose their nefarious acts.

The Commissioner of Police in Benue State, Audu Madaki, stated this in a statement signed by the Command’s Police Public Relations Officer, (PPRO), DSP Catherine Anene, and made available to The Next Edition in Makurdi, on Thursday.

The Commissioner stated that Benue state police command has continued to gain victory over banditry in the state, particularly the Sankara axis.

According to him, within the last two weeks, operatives deployed to the area have been able to dislodge bandit camps, and recover arms and ammunition.

The Commissioner said suspects have been arrested and charged to court while normalcy has been restored in various markets within Sankara area.

He said police detectives, acting on intelligence, trailed a 10-man gang of kidnap suspects who escaped from Sankara and arrested eight of them from Osun state and  brought them back for further investigation.

“On 10th May 2021 at about 1000hrs, these suspects opted to lead police detectives to Tavachan forest, Mbamon, Kastina-Ala Local Government Area where they buried their slain victims.

“Upon arrival at the scene, a deep well and a shallow grave were  found in the forest with decomposed corpses of their victims.

“Suspects confessed that some of the victims died due to inability to survive the trauma of being held hostage while others were killed for not paying the required ransom.

“Two of the suspects also confessed to have killed their wives for making attempt to expose their nefarious acts”.

According to the statement, four corpses were exhumed for autopsy while investigation into the case is on going to enable the arrest of the other suspects at large and unravel more facts about the case.