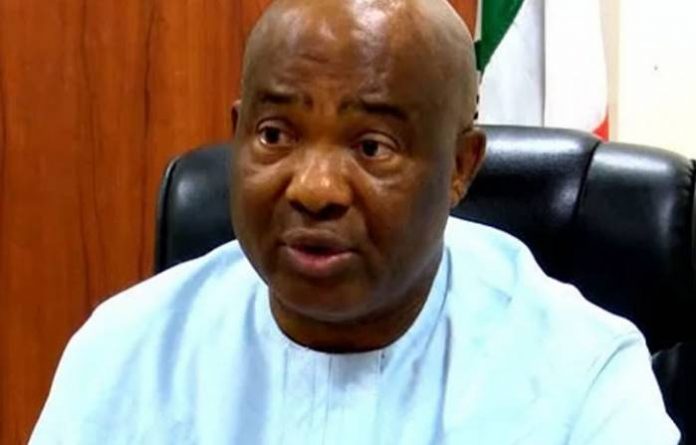 Imo State Governor, Hope Uzodinma has raised alarm over plot by members of the state House of Assembly to impeach him.

The Governor on Monday accused the People’s Democratic Party (PDP) of being behind the alleged plot.

He said the sponsors of the nationwide protest against his Supreme Court victory were aiming to bring down the government.

Uzodinma, in a statement by his Chief Press Secretary, Oguike Nwachukwu, said the impeachment plot was to be hinged on an alleged $12million fraud case against him.

The statement read: “We know the game plan of the PDP because we are aware that they have been secretly inciting Imo State House of Assembly members to think of how to impeach the governor.

“So, they are trying to rake up anything they can, even falsehood, to incite the public.”

The governor said he had briefed his lawyers on the allegation.

He said a media report tried to raise dust about him on old allegations that had long been settled and dismissed as non-issues.

On allegations of non-assets declaration, dud cheque issuance and travel ban, the governor said there was “no iota of truth in the allegations”.

“They know very well that the assets declaration allegation was fallaciously contrived and has been thrown out by the court,” the governor said.

On the protests by PDP members, the governor, while addressing All Progressives Congress (APC) members, who staged a solidarity rally for him over his victory at the Supreme Court, urged security agencies to investigate the sponsors’ intention.

He said: “Why are they organising a nationwide protest on an event concerning Imo? If they didn’t have ulterior motive to bring down the government, they could have held the rally in Imo State.

“We are one united and indivisible country. We did not challenge the election on the grounds of violence or over-voting, but we asked the court to add our votes that were not included.”

The governor urged the people to go about their normal businesses.
“I’m in charge and it is by the grace of God that I’m your governor,” he said.

Also on Monday, kinsmen of former Governor Rochas Okorocha asked him to keep away from Uzodinma to enable the new administration to succeed.

Okorocha and Uzodimma are from the same senatorial district (Orlu Zone).

The Nation reports that Okorocha’s kinsmen, under the aegis of Orlu Zurumee Youth Assembly, said Okorocha had nothing positive to offer the new administration.

They said his eight-year administration left them poorer and more alienated than ever.

The group’s spokesman Odunze Chibuike said in a statement: “The ongoing effort by Chief Okorocha to impose himself on Governor Uzodinma and to a reasonable extent, present himself as a partaker in the victory of Governor Uzodinma with the entitlements that go with it, have been a source of worry to us.

“Ever since the Supreme Court pronounced Uzodinma as Governor of Imo State, Chief Okorocha has gone to town in jubilation for a victory he had vehemently resisted and ferociously fought against.

“He has rubbed it in that the victory in effect belongs to him, and by extension has saved him from the repercussions of his eight years of ruinous misrule.

“This has left an unsavory taste in the mouth of Orlu people and Imo people at large, who have rejected Okorocha and despised his ways.

“It is shameful that there is absolutely nothing today in Orlu zone that shows that Okorocha governed Imo for eight years.

“Even the private university he built for himself has become a source of sorrow to the people of his hometown, Ogboko.”

The group argued that the worst road infrastructure anywhere in Nigeria is found in Orlu zone.

“We are, therefore, insisting that Okorocha must stay far away from this new administration because his influence will be subversive, negative and disastrous.

“With the appointments made so far, we are confident that Governor Uzodinma already has begun to choose competent hands who will deliver value and make Imo work again,” the statement added.

Chairmen of the traditional rulers from the 27 Local Government Areas, led by the Chairman, Imo State Council of Traditional Rulers, His Majesty, Eze Agunwa Ohiri, paid the governor a courtesy visit.

The governor assured them of his readiness to conduct a fresh council election in line with the law.

He also assured them that his policies will meet the yearnings and aspirations of Imo people.