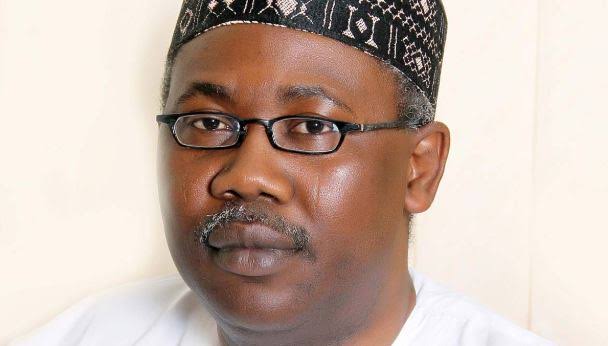 Embattled former Attorney General of the Federation and Minister of Justice, Mohammed Adoke, has written his successor, Mr. Abubakar Malami, and the International Police Organisation, INTERPOL, to push for his release from custody.

Adoke was arrested by the INTERPOL in Dubai, the United Arab Emirates, on November 11 over charges of $1.1bn Malabu Oil scam instituted against him and others by the Economic and Financial Crimes Commission, EFCC, in 2017.

He has been on self-exile since 2015 after he left office as the AGF.

The Punch Newspaper reports that in a letter sent to the Interpol headquarters in Lyon, France, Adoke said his arrest was based on an arrest warrant already quashed by the High Court of the Federal Capital Territory, Abuja, which earlier issued it.

Recall that Saturday Punch had quoted the Chairman, Presidential Advisory Committee Against Corruption, Itse Sagay, SAN, as saying that Adoke may soon be extradited from the UAE as charges and relevant documents had been sent to Dubai.

However, Adoke’s letter titled, ‘Notice of judgment,’ seeking his release from detention, signed on his behalf by a lawyer, Oluchi Uche, in the law firm of his lead counsel, Mike Ozekhome, SAN, read in part:

“Our client is the 9th defendant in charge number FCT/HC/CR/124/2017 between the Federal Government of Nigeria vs Shell Nigeria Exploration Production Company Ltd & 10 others.

“We write on behalf of our client to bring to the notice of your honourable office, the enrolled order of the court dated October 25, 2019, by Justice DZ Senchi vacating the earlier bench warrant issued against our client.

“We respectfully bring to your notice the above judgment of the court to which there is neither any appeal nor a reversal for your necessary information and action.”

In a separate letter sent by his lawyers to the AGF’s office, Adoke urged Malami to attest the judgment of the FCT High Court which set aside the earlier warrant of arrest issued against him.

The letter was titled, ‘Application for attestation.’

The letter dated and received by the AGF office on November 14 read, “We respectfully apply to your honourable office to attest to the said enrolled order.”

The Punch reports that the attestation was requested for it to be acceptable by the Interpol.

A copy of the court order quashing the earlier arrest warrant read in part: “The arrest warrant issued for the arrest of the 4th-9th defendants in charge number FCT/HC/CR/124/2017 and to be executed by the police and the INTERPOL is declared null and void and of no effect whatsoever.

“Accordingly, the order of April 17, 2019 issuing a bench warrant on the 4th–9th defendants is hereby set aside and vacated.

“It is further ordered that the case be adjourned sine die until the prosecution takes the required procedural steps to effect service on the defendants.”

Meanwhile, the Interpol has said it is not behind Adoke’s arrest, saying it does not make arrests and is not involved in extradition matters between countries.

The former AGF was taken into custody in Dubai following a warrant issued by a Federal Capital Territory High Court in Abuja on April 17 against him as well as a former Minister of Petroleum Resources, Dan Etete, and four others over the OPL 245 scandal.