Home News Top News Are you in an unhealthy relationship? Here’s how to tell 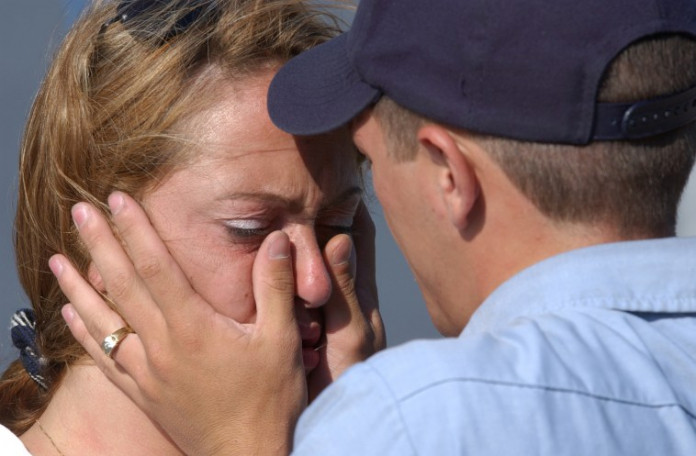 Love has the power to change and transform you. When you meet that special person they could inspire you to become a better in every aspect of your life. You may find yourself volunteering for the first time, exercising more, or reevaluating your worldview. On the other hand, some relationships have the power to get you off track and actually bring you down both physically and mentally. While you may imagine love to be full of inside jokes, romantic dates, and blissful eye gazing, certain relationships can play on your weaknesses and actually have the power to make you unhappier and unhealthier than you were before.

1. You have different fitness goals

Research confirms that couples who exercise together stay together longer and remain on track with their fitness goals longer than those who exercise alone. Exercising together can make partners feel closer and can increase a woman’s sex drive, all while helping you burn more calories and build muscle. What’s not to like? On the flip side, the same survey found that when you’re in a relationship with a partner who doesn’t support your fitness goals, you are more likely to deviate from the gym and your fitness goals. This might just be one, somewhat small example, but just think about it.

When you’re about to head to the gym and your partner calls from the couch asking if you want to order takeout and snuggle in for a movie, it can be tempting to give up on your fitness routine. Being on different levels when it comes to your physical fitness may lead one of you to give up your personal workout routine for the other person’s.

Does your partner always want to stay in while you’re always raring to go out? Do you argue over how much money one of you spends at the bar? If so, you and your partner may have different drinking habits. The Norwegian Institute of Public Health studied 20,000 couples in Norway and discovered that couples that consumed alcohol in similar quantities were less likely to divorce than couples in which one person drank more than the other. That being said, couples that drank heavily were more likely to end their relationships no matter who drank more. Not only are you more likely to fight when you’re under the influence, but it turns out that drinking can become a major source of conflict in a relationship. Being on the same page when it comes to the amount you go out and drink could be the key to a successful relationship.

3. Conflicts are full of criticism

It’s normal to argue over the dishes or whose turn it is to take out the trash, but what can break a relationship is the way you speak to each other. When you say, “Please take out the trash” does it sound more like, “Are you seriously that stupid to not remember to do what I asked?”< When this happens you’re criticizing them as a person, not the task at hand. If you constantly find yourself attacking your partner’s character or notice your partner doing the same to you, you may be in a cycle of criticism and contempt. When this happens, it literally chips away at the person you love and slowly breaks down the relationship.

Sex is an important part of any relationship. It has the power to connect you and your partner in the most intimate of ways and provides a slew of added benefits including better self-esteem, stress release, and improved sleep. While having sex is important, the amount of sex you have should be determined by your particular relationship. Couples are happiest when they have sex as often as they want to without feeling pressured to meet a certain weekly quota that makes them feel “normal.” If you feel like you’re not having enough sex and your partner feels satisfied, you’ll need to open up the conversation to determine a solution that leaves you both happy and fulfilled.

It’s natural for you and your partner to disagree, hurt each other’s feelings, and argue. Expressing big emotionslike anger and sadness shows that you are being open and vulnerable with each other. Couples who hold in their emotions and refuse to communicate, cry, and fight often give their partner the silent treatment or the cold shoulder instead. When this happens, it means they’ve gone past the point of being hurt and are cutting off all feelings toward their partner. While this is far from healthy, the other end of the spectrum is also destructive. Relationships that are full of drama, especially when violence, temper tantrums, name calling, and swearing are involved are also unhealthy. It is important to express yourself and it’s natural to feel angry or hurt toward your partner, but you also need to remain in control.