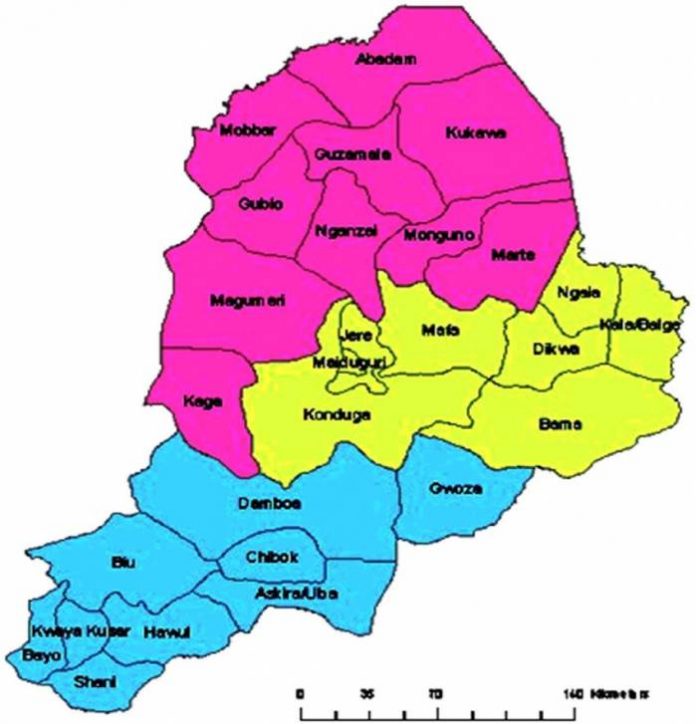 Two persons were killed and four others injured following a suicide attack in Mafa local government of Borno state on Tuesday night.

The attack was carried out by two female suicide bombers who infiltrated the town late in the night.

Reports said the State Emergency Management Agency, SEMA, evacuated the bodies of the victims and transferred the injured to the Maiduguri specialist hospital where they are currently receiving treatment.

Mafa, the hometown of the state governor is an estimated 15 kilometers away from Maiduguri, the state capital.

The swift response of Operation Lafiya Dole personnel, however, foiled their plans as the insurgents reportedly retreated-there are no records of casualty reported from both sides.

Dambatta, however, said that a total of 11 houses were razed down completely during the attack, but the inhabitants escaped the inferno.

Boko Haram has been waging a 10-year insurgency in the northeast that has seen it repeatedly use female suicide bombers to attack soft targets such as mosques, markets and bus stations.

Many of the bombers are young women and girls.

The last suicide attack was in June when a triple bombing outside a hall where football fans were watching a match killed at least 30 people.