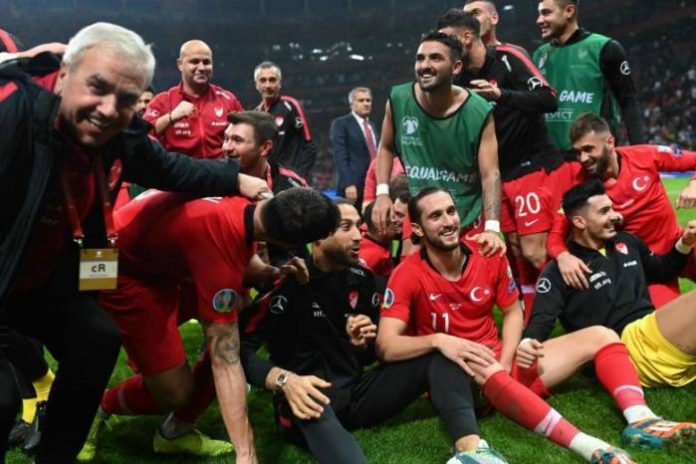 Turkey qualified for the Euro 2020 finals with a goalless draw in a Group H match against Iceland on Thursday, with the result also ensuring France a place in the championships.

They join Belgium, Italy, Poland, Russia, Spain and Ukraine as the teams who have already qualified for the tournament that will be staged across 12 European countries from 12 June to 12 July 2020.

Turkey lead Group H with 20 points although France can overtake them at the top if they beat Moldova in their match.

Third-placed Iceland are out of the running as they have 16 points with one qualifier remaining.

Both teams struggled to make an impact with Turkey striker Burak Yilmaz failing to find a way past Iceland keeper Hannes Halldorsson.

The hosts pressed harder in the second half but Iceland’s defence kept them from scoring.

Midfielder Ozan Tufan came close to scoring in the 63rd minute but his effort brushed past the crossbar.

Iceland also missed a chance to score in the closing stages when Hordur Magnusson’s header was blocked by Turkey defender Merih Demiral on the line.