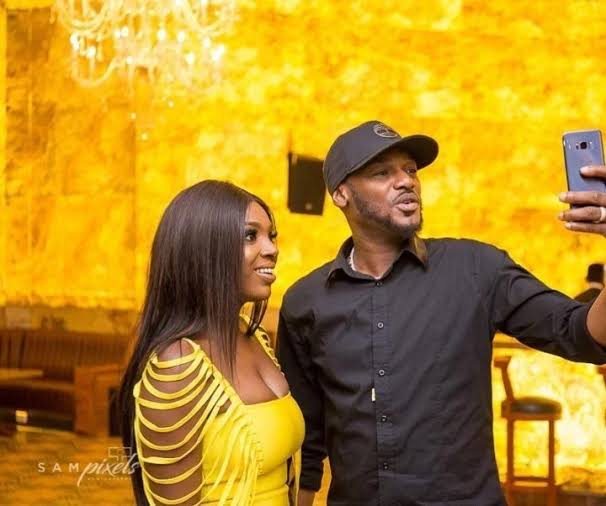 The music star took to his Instagram page on Wednesday, September 8, 2021, to appeal to supporters, family members and the public to stop the madness and respect his privacy and kids.

He also admitted that bringing his personal issues to social media was not the best thing to do.

He wrote, “I admit that bringing our personal issues to social media was not cool but I will not sit back and watch everyone have a free for all battle in the name of love and solidarity.”

“None of us is perfect. I will like to urge our families and supporters to stop the madness and the public to please respect our privacy and our kids.”

“Let us deal with our issues internally. I take God beg una.

This is coming after his wife, Annie Idibia accused his family of not treating her well and calling him out for his suspicious relationship with baby mama, Pero Adeniyi.

While responding to her claims, the music star’s younger brother, Charles, accused Annie of publicly humiliating and using charms on him.

Annie has also threatened to spill the beans on an Instagram live. 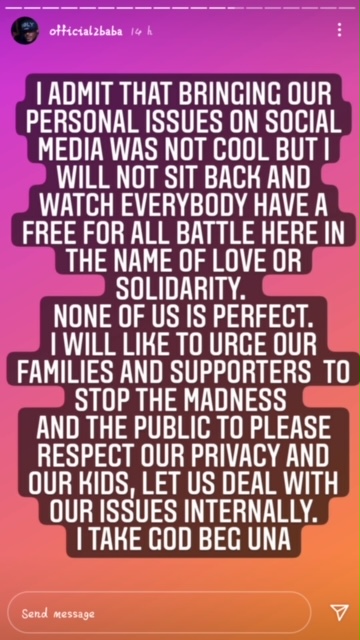