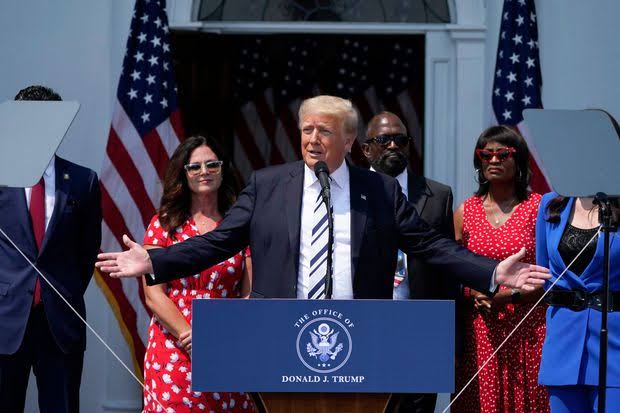 Former US President Donald Trump announced on Wednesday he is filing a class-action lawsuit against Facebook, Twitter and Google, escalating his years-long free speech battle with tech giants who he argues have wrongfully censored him.

Trump said he was serving as lead plaintiff in the class-action suits, claiming he has been wrongfully censored by the companies.

“We’re demanding an end to the shadow-banning, a stop to the silencing and a stop to the blacklisting, banishing and canceling that you know so well.”

The nation’s top tech firms have become the “enforcers of illegal, unconstitutional censorship,” added the 75-year-old Republican, who was banned from posting on Facebook and Twitter in the wake of the deadly January 6 siege of the US Capitol by Trump supporters.