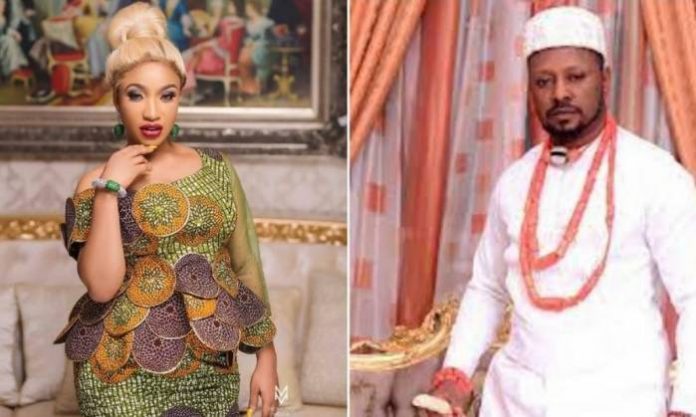 Nollywood actress, Tonto Dikeh has reacted to a leaked audio of her begging her ex-boyfriend, Prince Kpokopgri.

In an Instagram post shared on Tuesday, September 7, 2021, the actress said it was a recording made in the past that has absolutely nothing to do with recent developments. 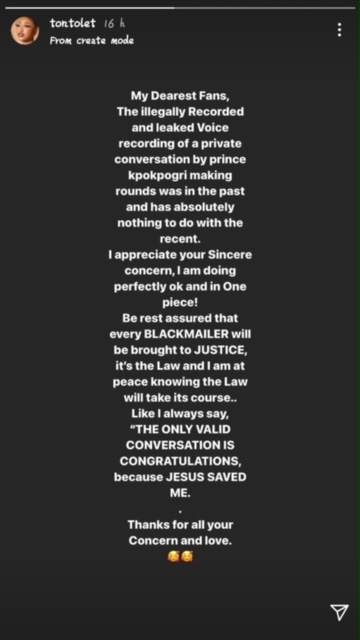 “My dearest fans, the illegally recorded and leaked video recording of a private conversation by Prince Kpokpogri making rounds was in the past ans has absolutely nothing to do with the recent,” part of her post reads.

Her post is coming after the messy breakup with Kpokpogri.