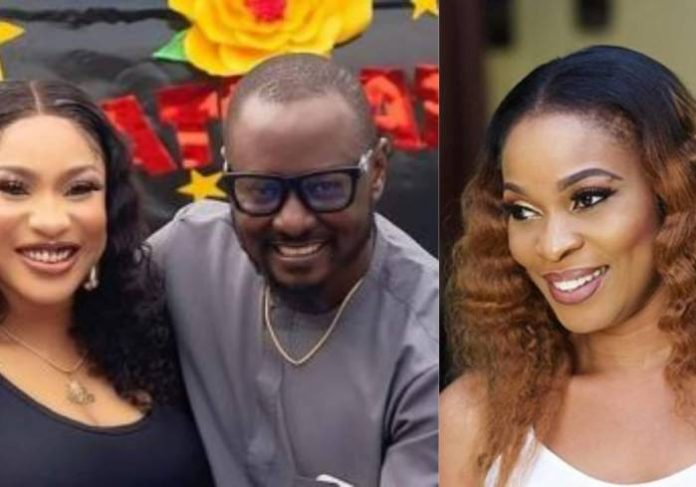 According to Georgina, the release of the audiotape by Prince Kpokpogri was a mean thing to do.

“You are vile, mean and despicable to record a woman in her most vulnerable state without her consent then share it on social media to make caricature of her and her pain. One thing I appreciate about life is karma. It will find you, and it will teach you hard lessons of life.”

She said the world will celebrate his downfall one day and advised men and women to stay away from him.

“You may have won this battle with this woman, someday you will lose a greater war, and just as you try to shame, the world will go agog celebrating your shame and downfall,” her post reads partly.

“You are truly despicable 🤮🤮. Women stay away from this animal. Tomorrow you might be having an intimate time with him and you will find yourself on social media.”

“Men if you are doing business with this animal be weary, he will blackmail you and betray you.”

Prince Kpokpogri is alleged to have released an audio recording where Tonto Dikeh was heard begging him.

The actress, however, denied the audio recording, saying it was an old tape.