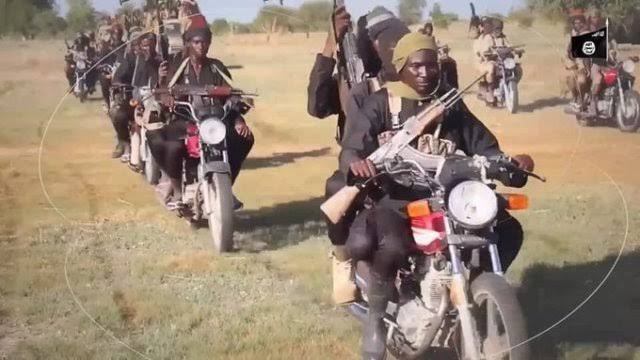 Some soldiers were reportedly killed when Boko Haram terrorists raided a military checkpoint around Zuma rock in Niger State, on Thursday night.

The area close to Madalla town is few meters away from Zuba along the Abuja-Kaduna highway.

A source told Daily Trust that the attackers arrived at the spot some minutes after 7pm and opened fire immediately.

“They took control of the area for about 30 minutes and kept on shooting before heading towards Kaduna axis of the expressway,” the source said.

About 20 minutes after the terrorists left, soldiers from Zuma Barracks rushed to the scene and took full control.

A patrol team of policemen also arrived at the place.

The attack comes amid heightened tension in the Federal Capital Territory (FCT) over likely terrorist attacks.

Since the invasion of Kuje Prison in the nation’s capital on July 5, there have been security concerns among residents of Abuja.

On Sunday, soldiers attached to the Presidential Guards Brigade were killed in an ambush laid by terrorists.

24 hours after the incident, the management of Federal Government College, Kwali, asked parents to evacuate their children from the school following an attack by bandits in a neighbouring community.

The FCTA authorities and the Ministry of Education also ordered the shutdown of schools in the nation’s capital.

President Muhammadu Buhari, whom terrorists threatened to abduct presided over a security meeting earlier on Thursday.

At the end of the meeting, Babagana Monguno, National Security Adviser, told journalists that the country was in a “very difficult situation”.

Monguno said the President was aware of people’s concerns about the growing insecurity, adding that Nigerians were tired and gravitating towards self-help.

Monguno said: “Today’s meeting was convened by the President, as a continuation of the meeting that took place last week to discuss the technical issues and the tasks that were given to the various security agencies. The meeting deliberated on all those issues, after the brief by the National Security Adviser, which is usually the procedure. Again, council deemed it necessary to inform the general public, that fighting this type of asymmetric conflict is a collective effort. It’s not something that should be confined to only the security, intelligence and law enforcement agencies.

“When we keep saying whole of society approach, whole of government approach, to get a whole of nation approach, what it means is that everybody has to partake in this enterprise. The truth is that no country can ever overcome the difficulties of an asymmetric conflict by virtue of the fact that the enemy of the state is embedded within the population within the wider society. It is true that the local people are averse, they’re scared, they’re worried and there’s no confidence. That is understandable. But without their support without the cooperation in terms of giving information, it makes it very hard for the operational elements.

“A few days ago, troops of the guards brigade were ambushed and decimated. Had there been a collective effort by way of just snippets of information we might have averted that incident.” (Daily Trust)