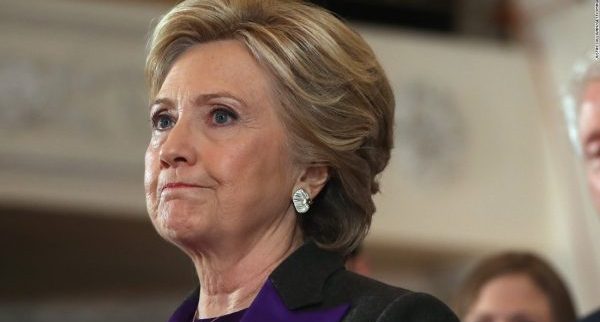 Clinton is one of the few high-profile American politicians that have spoken against the brutality meted out to protesters since demonstrations began about two weeks ago.

“I’m calling on @mbuhari and the @hqnigerianarmy to stop killing young #EndSARS protesters,” Clinton said on Twitter, ending her post with #StopNigeriaGovernment.

Witnesses told AFP that shots were fired at the crowd of over 1,000 peaceful demonstrators to disperse them several hours after the authorities declared an open-ended lockdown in Lagos in the face of spiralling protests.

“We were all sitting down, peacefully, and they shut down the lights and the billboards, everyone started screaming,” a protester called Toye told AFP, asking that her full name not be used.

“They came to us, but I don’t know who it was. They were shooting, and everyone was running for his life.”

Another protester, Innocent, said he was helping to ferry the wounded to nearby hospitals.

“Currently, I have two people that I rush in my car, a woman and a guy, who are in very critical conditions,” he said.

Scenes of people removing a bullet from someone’s wound and pleading for help were broadcast in a live video by DJ Switch, a popular disc jockey, to 150,000 Instagram viewers.

Earlier defiant protesters at the scene had sung the national anthem and pledged to remain out on the streets despite the stay-at-home order.

Anger over abuses by the police’s loathed Special Anti-Robbery Squad (SARS) erupted into widespread protests some two weeks ago that drew thousands onto the streets.

Lagos state governor Babajide Sanwo-Olu ordered the round-the-clock shutdown in the sprawling economic hub on Tuesday, claiming the protests had “degenerated into a monster” as violence flared in a string of cities.

“Criminals and miscreants are now hiding under the umbrella of these protests to unleash mayhem,” he wrote on Twitter, insisting that only essential workers should stay out on the streets.

“We will not watch and allow anarchy in our dear state.”

As the tone hardened from the authorities, Nigeria’s police chief ordered anti-riot units deployed around the country.

“The force will henceforth exercise the full powers of the law to prevent any further attempt on lives and property of citizens,” a statement said. (The Guardian)