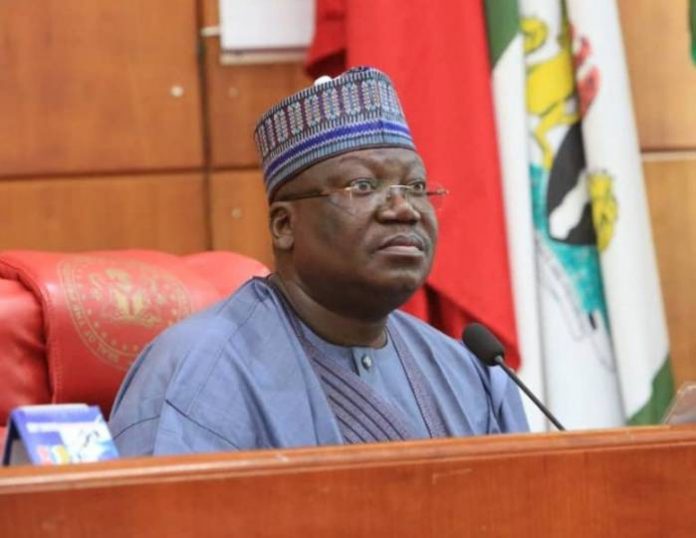 The President of the Senate, Ahmad Lawan, has congratulated the All Progressives Congress, APC, and its candidates on their victory in the governorship elections in Kogi and Bayelsa.

Lawan in a congratulatory message signed by Ola Awoniyi, his Special Adviser (media) in Abuja on Monday, particularly rejoiced with Gov. Yahaya Bello of Kogi on his reelection.

He also rejoiced with David Lyon for making history as the first governor Bayelsa has elected on a platform different from the outgoing ruling party in the state.

The Senate President praised President Muhammadu Buhari for ensuring a level playing field that enabled the people to assert their sovereignty and choose their leaders.

“The impressive turnout of voters in the two states is a ringing endorsement of democracy by Nigerians as their preferred system, notwithstanding its current challenges,” Lawan said.

He also thanked the security personnel for their sacrifices for peace and order in the face of great difficulties.

The Senate President enjoined the winners to be magnanimous in victory by accommodating all sections of the state in their governments and development agenda.

Lawan also admonished the electoral umpire to learn from the challenges experienced in the two states with a view to constantly improving its institutional performance and the electoral process.

He called on all relevant agencies to ensure thorough prosecution of the electoral offenders in the two states to serve as deterrence to others.