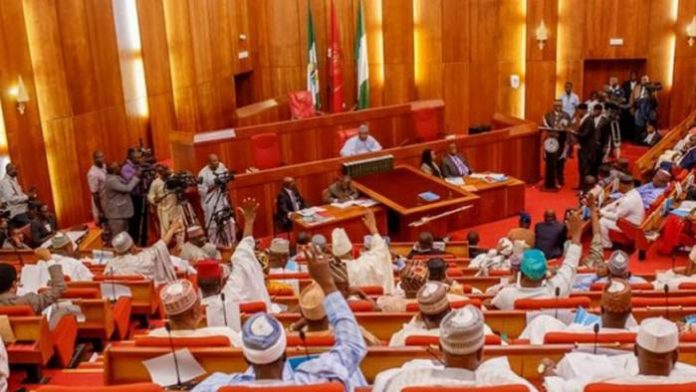 The Senate on Monday said it has no hands in the proposed Hate Speech Bill which passed first reading last week.

Reacting to the spate criticisms and condemnation which the proposed bill has generated, the acting spokesperson for the red chamber, Senator Godiya Akwashiki, on Monday insisted that contrary to widespread impression, the bill was not the idea of the ninth Senate

He told journalists that the bill was the baby of the Deputy Chief Whip, Sabi Abdullahi, based on his conviction.

Akwashiki described as unfortunate, the statement credited to the Peoples Democratic Party, which implied that the bill was a Senate bill, aimed at making the alleged third term ambition of President Muhammadu Buhari possible.

He emphasised that the fate of the bill would be determined on the floor of the Senate after a robust debate by senators.