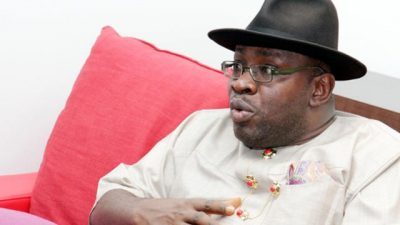 Bayelsa State government has called for active participation of whistle blowers in its efforts at sanitising the public service.

This is coming on the heels of the revelation of a traditional ruler from the Ekeremor local government area who alleged that a Grade Level 10 health worker was earning as much as N600,000 monthly.

During a town hall meeting at Ekeremor held on Tuesday, the Bayelsa State Commissioner for Information and Orientation, Hon. Daniel Iworiso-Markson, said the present administration would not relent in its efforts to sanitise the public service and make it one of the best in Nigeria.

According to him, whistle blowing would encourage the public “to blow the whistle on any worker who is defrauding the system or engaged in fraudulent activities to shortchange the government.”

He expressed the present administration’s readiness to partner with individuals, especially those that have useful information on the activities of the pay roll fraudsters in the state public service.

Iworiso-Markson expressed confidence that the ongoing public sector reforms would enable government to save funds to commence the payment of gratuities and other welfare packages before the end of the present administration.

Funds that were hitherto spent on the payment of non-existent workers, he said, would be prudently managed to ensure that all genuine workers and retirees received their earnings as and when due.

According to him, the reforms were helping to cut the wage bills of both state and local councils.

The Commissioner therefore expressed hope that the process would strengthen government to embark on more infrastructural development.

While commending the chiefs and people of Ekeremor community for cooperating with government in maintaining peace in the area, Iworiso-Markson urged them to sustain the kind gesture to enable government build the Sagbama-Ekeremor Road to Ekeremor main town by December this year.

The Caretaker Chairman of Ekeremor Local Government Council, Mr Tolu Amatu, who recounted the gains recorded from the reforms, said that the council’s wage bill had been reduced.

While appreciating Governor Seriake Dickson and the Commissioner for Information and Orientation, Mr Iworiso-Markson, for initiating the interactive meeting, Amatu assured government of the people’s readiness to support the reforms.

Speaking on behalf of traditional rulers from the area, the Paramount Ruler and Amapere of Ekeremor, Chief Agbodo Gbaseimo, endorsed the public sector restructuring exercise, describing the continued stay of over-aged workers as unpatriotic.

On his part, the member representing Ekeremor Constituency 1 at the Bayelsa State House of Assembly, Hon. Ball Oyarede, said the bill seeking to give a legal backing to the reforms had reached advance stage.

He stated that once signed into law those who commit fraud in the public service would be punished accordingly.

The Special Adviser to the Governor on Political Matters, Hon. Ayiba Duba, reassured the people that the restructuring would free up space for more employment opportunities.

While restating that no genuine worker would be adversely affected by the exercise, Hon. Duba decried a situation where workers attend verification exercises without their original higher school certificates several years after graduation.