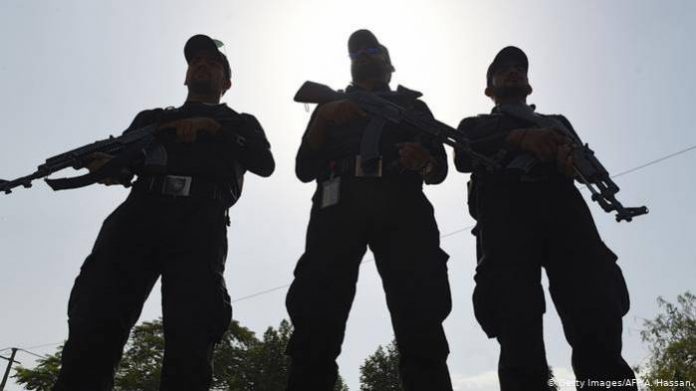 Passengers and Seafarers traveling to Bille Community in Degema Local Government Area of Rivers State are now stranded following the boycott of Port Harcourt-Gbile waterways route by boat owners after a brutal attack in the community by pirates.

The Bille Community was attacked by fully armed pirates on Saturday, killing two persons and wounding others.

This has forced boat drivers and boat owners to boycott Port Harcourt-Bille route.
PM News quoted eyewitnesses as saying that unidentified gunmen, suspected to be Sea Pirates, had attacked three Bille passenger boats en-route Port Harcourt, fatally wounding three and carting away one of the boats.

According to the sources, one of the boats was said to be carrying family and guests of a wedding taking place in Port Harcourt.

The attackers allegedly forced down passengers of the first two boats in the creeks and went away with their belongings.

A third boat sent to rescue the passengers was also attacked and the body perforated with bullets from the attackers’ guns and it was feared sunk in the middle of the River.

The incident on that fateful Saturday was said to have made the Degema Local Government Chairman, Tony Philmoore, to cancel his trip to Buguma, headquarters of Asari Toru Local Government Area where the father of former Senior Special Adviser to Governor Nyesom Wike on Special Projects, George Kelly, was to be buried.

Eyewitnesses said the pirates might be the ones that attacked a Port Harcourt bound boat from Bakana last Friday because of their modus operandi and timing.

Recently the naval merchants who used to patrol the New Calabar River and Bille creeks on gunboats were said to have been given additional responsibility to protect Bakana creeks as a result of attacks there.

This might have whittled down their operations along the Bille axis and given the pirates openings to attack.

Boat Operators demanded the attention of the Rivers State Government and the Local government Chairman of the area to mobilize gunboats to patrol the route and protect them.

They lamented that they don’t have any other means of getting to Bille Community, except through the River and meandering Creeks.

In his reaction, the Executive Chairman of Degema Local Government Area, Tony Philmoore, has vowed to track down pirates terrorizing seafarers along the New Calabar River and its adjoining creeks in Degema local government area.

Dr. Philmoore who expressed pain over the incessant and life threatening attacks on boat drivers and passengers in the waterways, vowed to do everything possible within his jurisdiction as council chairman to deal with their tormentors.

He said he was aware that there had been a spike of criminality recently along the New Calabar River and would not leave any stone unturned in ensuring the safety of seafarers using that part of the river.

He therefore warned communities in that axis not to habour criminals and report any suspicious characters to security agents without delay or have themselves to blame should there be any collateral damage during security raids in such communities.

Meanwhile, the council boss has commiserated with victims of the attacks and their families and prayed God to grant them all round healing.

Dr. Philmoore assured them of better policing of the waterways and adequate security as yuletide approaches.

At the time of filing this report, police was yet to react to the incident.