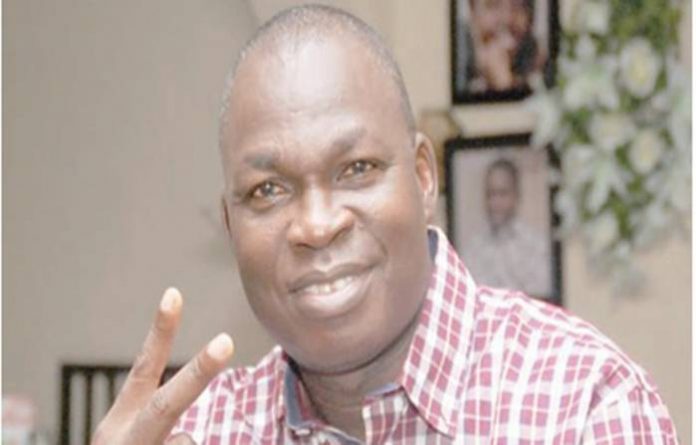 Chairman of Owan West Council in Edo State, Hon Frank Ilaboya says the elderly in the council would from January enjoy a mobile healthcare program.

The Council Boss announced this when he hosted the elderly (75 years and above) to a Christmas party in his Uzebba country home.

“I am pleased to let you know that with effect from January 2021, we are coming up with a Mobile Healthcare Scheme, which will enable the elderly receive medical attention in their homes. Those whose medical condition goes beyond home treatment, will be taken to the nearest Health Centre with our standby motorised  ambulances. The whole essence of this is to make life more exciting for you at old age,” Ilaboya said.

On the Christmas party, Ilaboya said it was a fulfillment of the desire of his family to give the aged men and women in Owan West a sense of joy and belonging  at Christmas.

“The Christmas Party for the elderly is a fulfillment of our desire to celebrate and  share in the joy and excitement of the season with this category of people in the community. I want to thank God Almighty for the enablement to host this year’s  Christmas  Party despite the harsh economic situation in the country.

“My wife and I started this  last year  and here we are with the second edition. You could see the joy and excitement in their faces. And that is the whole essence of the party, to share the joy of the moment with them. The truth of the matter is that most of them hitherto spent Christmas in solitude, making it so boring. With this yearly Christmas Party, a new life has been injected into them. For me and my wife, the contentment we have celebrating with these elderly is indescribable…we feel so much joy doing this. By God’s grace, this has come to stay,” Hon Ilaboya said.

High point of the event was the promise to pay two Nonagenarians and Super-Centenarian a monthly stipends of N10,000.

Madam Bebe Eni, aged 112 from Uzebba and a Nonagenarian,  Rebecca Obaika, aged 98 from Oke New Ora, were the beneficiaries.

The audience was held spellbound when the two oldest participants,
Madam Bebe Eni and Rebecca Obaika, took to the mic to offer prayers for the Ilaboya family.

Others who spoke praised the initiative of the Chairman for his kind gesture  for celebrating and bringing them together in the Christmas season and prayed for God’s protection upon them.