Home Opinion OUR LEADERS ARE OUR PROBLEM, WHAT ABOUT YOU?

All over the world very few political leaders are liked by their countrymen while in office. Most are often seen as being incompetent by what seem like a good number of their compatriots, irrespective of the credentials they brought into office. This perception is usually a product of failed expectations. Oftentimes, followers set very high standards for their leaders, and compare them with leaders of other entities. When a leader falls short of such expectations, irrespective of the impracticability of some of them owing to some peculiar variables, he becomes a punching bag; he becomes responsible for everything wrong within the system. The reason, as always given, is that the buck stops on his table. Indeed, it is supposed to.

Although those having such perceptions might just be a vocal few, the din generated by their criticisms usually reverberates all over, creating some kind of negative impression of the leaders in the minds of those who do not have capacity for independent interrogation and assessment. Often, leaders are appreciated by citizens of other countries even when citizens of those countries similarly complain bitterly about their leaders. So, it’s like leaders are bad in their own countries, no matter the efforts they make and no matter the challenges they face.
There is no doubt that some leaders are actually bad. They tend to be on the dictatorial side the moment they mount the saddle. They seem to forget what they saw outside before getting into office. They become insensitive and seemingly inattentive.

However, it takes both the leaders and the people to produce a utilitarian situation from a common ground. Although it has been said often that a society’s moral reasoning is dependent largely on the body language of the leader, it does not invalidate the fact that the attitude of the people can render a determined leader ineffective. The best efforts of a leader can be frustrated by the selfish and undisciplined attitude of followers, no matter how he communicates his values. On the other hand, determined followers can encourage and enhance the personal values by which a leader operates.

Ideas and constructive criticisms help leaders in their approach to leadership, but getting results depend largely on how the followers act in the face of initiatives. The challenges faced by Nigeria as a country may have been ignitedby the attitude of some leaders, but the situation as it is today has been largely compounded by the behaviour of the people. The level of patriotic disposition by a good number of Nigerians both in their private and group actions cannot be said to be helpful.

Even though Nigerians generally act in ways that stall the growth and development of their country, they are always quick to point accusing fingers at the leadership. They take no responsibility for their actions which contribute to the failure of the system, no matter how deliberate. Those who are a bit charitable will point to the failure of leadership as reason for the unbecoming behaviour of the people. Though they are quick to point out that the fish begins to rot from the head, they fail to realise that a people begets the leadership they merit.

The smooth functioning of the society should ordinarily be a combined responsibility of both the leaders and the people. In fact, the people much more than the leadership should be the building blocks of a conventional society; after all the leadership is derived from the people, from the same society.

In her days while leading the campaign to activate patriotism among Nigerians, Professor Dora Akunyili lamented that because of the way we are, “we cannot take our citizenship to the bank”. In other words, it is worthless because we have completely bastardised it. We exhibit attitudes and do things that take away from the values that would have given it worth. Instead of the country growing in status, it diminishes as it advances in age. It diminishes because Nigerians are more interested in their own selfish desires than the interest of the country. Instead of contributing, they are taking away from the values. Instead of helping to build, they are pushing to either pillage or destroy. Instead of contributing ideas, they are more interested in finding faults. They allow primordial sentiments and greed to define their character and how they see and deal with their country.

One of the greatest problems of this country is corruption; but corruption does not consist only in sharing money or stealing from the commonwealth, it covers the way we think and behave. There are high levels of corruption and there are low levels of corruption also. A lot of things constitute corruption and our challenges can only flatten when we decide to be incorruptible. But corruption has become pervasive – in our homes, in schools, in religious places, in social organizations, in private entities, in public institutions, in the security agencies and even in multilateral organisations. It is so widespread and come in many forms and shapes.

It could be seen in form of stealing from the commonwealth, which is the index case; it is also in the form of giving and collecting bribe, demanding extra payment for services, collecting money for services not rendered, falsifying records for selfish ends and using influence to gain advantage. It can also be in the form of hiring unqualified acquaintances, trampling on other people’s rights and sensibilities, flouting traffic rules, refusing to take genuine corrections, disregarding sanitation laws, shunting on queues, negligent and uncaring attitudes in service delivery, conspiracy to defraud or deprive, general disregard for laws and conventions and arbitrary increase in cost of goods and services.

We also have public officials who sell appointments, parents who buy question papers for their children, those who bribe to get admission for their unqualified wards, constituents who pile unnecessary pressure on their representatives, teachers who demand for all sorts of gratification to pass student, those who refuse to pay for use of public utilities, those who misuse and vandalise public property, those who do not pay tax but complain of lack of amenities, etc. All these impact negatively on the polity and collectively stall our progress as a country and dent our image as a people.

There is this short video on social media platforms which illustrates the state of affairs in the country. A school headmistress contacted a photographer for a photo assignment in her school. The photographer was to charge N150 perpupil, but she said given the number of pupils that amount was too high. She offered N50 which the photographer accepted. She asked a class teacher to telleach pupil to bring N150. The teacher told the pupils they should bring N200 each. One of the pupils, Chikamso, went home and told the mother that they were asked to bring N300 each. Mama Chikamso then told Papa Chikamso that Chikamso’s school asked them to bring N500 each for passport photograph. Alarmed at the high cost the man shouted: “Chai, Chai! Buhari, Buhari!! Everyday things keep getting higher and higher… We can see that this man is very wicked. We must dethrone him.”

In 2012 during a trip back from London to Lagos, there were neat queues of passengers boarding the plane for Lagos through the departure gate at London Heathrow. The moment the aircraft landed in Lagos scrambling started. Passengers started shunting in the queue. An immigration officer in mufti wentto the back of the queue and collected a passport from a lady and went to the desk to stamp and clear her. A former Information Minister, who was on the flight and on the queue, grabbed him and insisted on knowing the owner of the passport and why he was breaking protocol to clear her.

He was miffed that whoever owned the passport was on the queue in London but was too big to queue in Lagos. The owner, a prominent industrialist, eventually came out. The ex minister ordered that the passport be returned and she must join the queue. He was not done. He insisted on personally handing over the Immigration official to the authorities for appropriate punishment. “We are trying to build the image of this country and people like you are sabotaging it”, he fumed.

The work attitude of those in the public sector could present a rude culture shock to someone coming from the private sector. While the private sector is mostly concerned with strategy and results, the public sector, particularly the civil service, is more enamoured with processes and procedures. Results are not their primary pursuit; procedures must be followed even if it achieves nothing at the end. A civil servant is never in a hurry to finish any job and is often more interested in what is in there for him than what is there for the common good.

Public hospitals present a pathetic scenario. From the lackadaisical attitude of the front desk officers to the arbitrariness of the medics, going to a public hospital is like having a case at the police station. A good number of deaths recorded in public hospitals are attributable to the negligent and uncaring attitude of health workers. Auxiliary and paramedical staff place premium on what they can get than bother about the life of patients in their custody; while a number of medical doctors, particularly those also involved in private practice, would prefer diverting patients to their private facilities. They ensure public hospitals do not function well so they could generate patronage for their private practice. The situation at the Police Station and checkpoints are already common knowledge and needs no further recount. The general attitude of workers in public agencies leaves much to be desired.

It would be impossible for the country to function normally with its citizens behaving abnormally. We cannot continue in the same way and expect a change in situation. No matter how committed a leader is, he is likely to lose focus in the midst of these unbecoming dispositions. If the leader loses focus and the people live a life of impunity, the country is in trouble. Growth and progress definitely will take flight and the people will suffer the consequences in spite of their individual build up.

It is obvious that outsiders will not come and fix Nigeria for us; therefore a change of attitude in the way we think and do things remains the way to go. That will ultimately engender a sense of pride and patriotism in us. The challenges we experience will drastically reduce if we decide, at our respective levels, to be incorruptible and support the task of building an egalitarian society where peace and social justice shall reign. 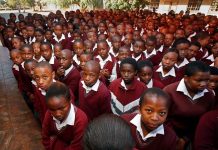 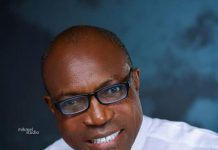 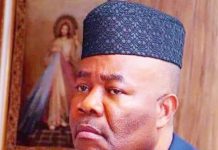 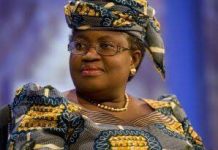 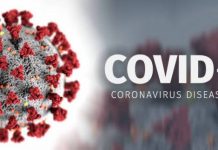 Rescuing and safeguarding future of Journalism in Nigeria – Michael Owhoko