Gunmen on Monday reportedly abducted an unconfirmed number of students from a school in Kaduna State.

The incident was said to have taken place at Prince Academy in Samba-Kasaya, a village around Buruku area in Chikun Local Government Area of the state. 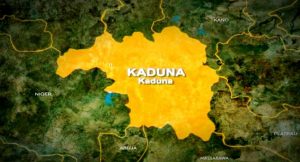 Those kidnapped are said to be some JSS 3 students who are preparing for the Basic Education Certificate Examinations (BECE) before the armed men invaded the school at about 7am and took them away.

Though the Kaduna State Police Command wvas yet to issue an official statement on the matter, a security source in the area told Channels Television that a member of a local group in the village was shot dead by the gunmen while some villagers were also abducted along with the students.

The source also disclosed that troops of the Nigerian Army and other security agencies have begun a manhunt of the kidnappers with a view to rescuing the victims and bringing the culprits to justice.