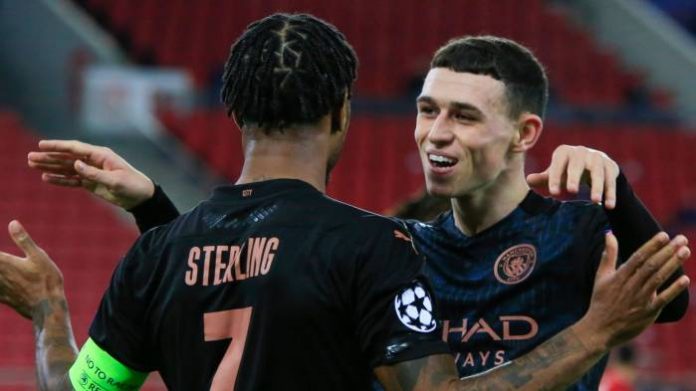 If a 3-0 scoreline in the reverse fixture three weeks ago flattered Man City, then Wednesday’s also did not tell the whole story, with the visitors dominating possession and Olympiakos having only two shots in the entire game.

Man City were mostly blocked by an inspired Jose Sa in the opening period, but a well-worked team goal finish superbly by Foden broke the deadlock and ultimately won the game.

Olympiakos rallied slightly towards the end with their two efforts but could not find the equaliser.

It sends Man City into the knockout stages for the eighth successive year, with four wins from four group games this season as they search for their first Champions League title.

Olympiakos stay third in Group C with qualification for the Europa League still within their reach.

Man City dominated the first half and Rodri almost started things off with a thunderbolt inside three minutes. A sublime switch of play from John Stones picked out the returning Benjamin Mendy on the left flank. His cross was cleared by Ruben Semedo, falling to the waiting Rodri but his thunderous volley went straight at Sa.

Just after, another Mendy cross was sent wide by Bernardo Silva at the near post before Foden shot well wide from range.

The visitors continued to see the ball but sometimes looked disjointed in their play, however Gabriel Jesus lifted the attacking spirits with a superb effort just after the half-hour mark. It was a lovely throughball from Silva, allowing Jesus to drive into the area, but his effort was saved by an outstretched leg from the Sa.

Man City eventually found the breakthrough five minutes later in a well-worked team goal. Jesus held the ball up well before slotting Raheem Sterling in down the left-hand side.

The forward then played a backheel pass for the waiting Foden, who rifled an effort home with his first touch as City deservedly took the lead.

Sa twice denied Sterling in the final throes of the half. The England international – handed the armband for the evening – sent an effort goalwards from just outside the area, but the Olympiakos goalkeeper leapt across to keep him out. It was a similar story in added time when Sterling curled a sensational free kick his way, but Sa flicked the fizzing effort over the crossbar.

The second half saw a more cautious approach from Man City, but they still had a few sights of goal. In the 65th minute, Joao Cancelo played a neat give-and-go with Jesus, before skipping over Semedo’s leg and striking, but it went straight at Sa.

Not long after, Cancelo turned provider as he floated a cross towards the back post, but Foden nodded wide. The England midfielder then slotted Silva in down the right of the area, but the latter’s cross could not be turned home by either Jesus or Sterling.

Olympiakos were determined to make it a nervy finish though with their only two shots of the game. The first saw captain Kostas Fortounis – who was the hosts’ best attacking threat throughout – fire just wide of the far post. Mady Camara then sent a cross into the area but Pape Abou Cisse could only nod behind. 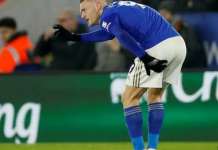