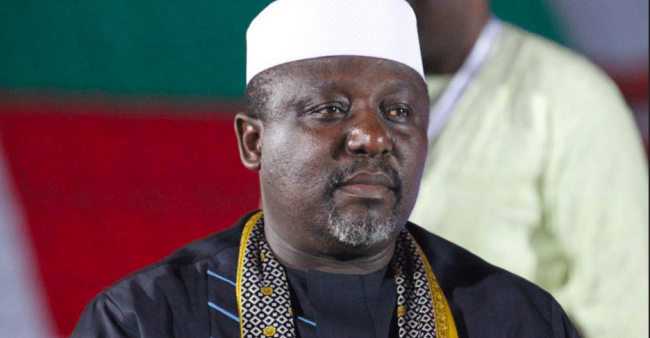 Owerri people are often described as jolly good fellows because they love to catch their fun; that, they make no bones about. Up on till a few years ago, it was indeed fun to be in Owerri and environs even if you didn’t have your private car. Public transportation was readily available; the tricycles where more than enough and easily affordable to take you around.

The roads were also quite motorable making movement from one place to another easy. Time was not a deterrent to movement. Owerri was fun. With small change you could find a nice spot to relax.

But Owerri is no longer the same. Life has truly become a struggle in every sense of the word. Many people can hardly feed their families because their means of livelihood have been taken away by the current leadership of the state.

The degradation and desecration of Owerri did not happen in one day but seemed to have climaxed last year with the excavation of many of the roads, demolition and destruction of the major markets namely; Ekeukwu and New Markets and the withdrawal of the tricycles from Owerri Municipal and environs. Visiting the former site of the market will leave a visitor in serious shock as the entire length of the market has been taken over by heaps upon heaps of rubble and rubbish which the state government has deliberately decided not to evacuate perhaps as a means of rubbing it in that he has done that which he threatened and a dare to Owerri people.

Transportation has become so difficult and expensive that people are left with no choices than to trek long distances or pay exorbitant fares if they are lucky to find transportation. In place of the tricycles, the government introduced a taxi system called Taximo and indeed, nde Owerri and environ are sure being taxed. What an irony?

Chigozie who lives at Egbu and works in Owerri town spoke to the Next Edition on the state of things in Owerri; “the effects of the government’s recent actions have been very bad on us. We have difficulties with transportation. Before the governor withdrew the tricycles from the road, from where I live to my office used to take between 20 and 30 minutes and this includes getting from my house to the road, getting transportation and the actual journey. The cost of the journey was N50. Coming back was the same. However, all that has changed. I cannot predict how long it would take me to get transportation to work and now every taxi drop is N100. If there is a rush especially in the evenings after work, the cost goes as high as the driver wants. If you are not willing to pay, then you will be prepared to trek.

“Also, everything in Owerri is now scattered with the demolition of the markets. We do not know where to buy some things because the traders have scattered. The demolition of the markets has also made life more difficult for many people because in some families the wife may be selling at Ekeukwu Market while the husband is selling at the New Market. So for families like that what are they supposed to do? Things are really not the same,” he said.

Buchi who was visiting the state, Egbu to be precise, for Christmas and New Year, said the removal of the tricycles from the road was a good initiative but without a deep thought. “You don’t withdraw a major means of transportation without an alternative. Taximo from what I saw is not the alternative as its reach and presence are limited. And then what happens to the operators of the tricycles? You cannot throw thousands into the unemployment market without a plan for them. For example, they could become the drivers for the new taxis.

“The state of the roads remain pathetic and where some work is done, it’s usually very poorly executed. Many of the inner roads to towns and villages within Owerri North are probably the worst in the country,” he lamented.

Paul also lives at Egbu and operates a tricycle on the Egbu – Owerri route. With the withdrawal of tricycles from the road, he is out of job with a wife and children to cater for. What shall be his family’s fate? Currently, he does sundry jobs in and around the village and once in a while his keke is hired to carry things or move people around within the village. Will that really put food on the table and take care of his children’s education as well as meet other needs?

Read also: Okorocha reverses self on renaming of Maria Assumpta Avenue after Buhari

Tony who also visited the Imo State capital during the yuletide made the following observations, “Owerri, the Imo State capital, is a shadow of itself. The popular Douglas Road is impassable and since the destruction of Eke Ukwu nothing else seems to be going on. I expected work to have commenced but it appears that the Governor destroyed the market just for the sake of it. If you stand at the old stadium on Tetlow road, you can see St Paul’s Catholic Church on Mbaise Road.

“Same situation prevails at the New Market at the other end of Douglas. I can say that the Governor has special hatred for his landlord, ie the Owerri people. The level of destruction is unbelievable. It’s obvious he has no plans to rebuild anything as everything is now politics of installing his own choice as Governor,” Tony explained.

He lamented further, “moving from place to place within the state capital and environs is a harrowing experience. The taximo cabs are very few and run and run on straight roads except you can afford to pay heavily. His removal of tricycles is extreme wickedness of the highest order. Not only did he ban them, he seized most of them. It’s like beating a child and daring him to cry. The kekes are heaped at the old warehouse. There are mini buses plying but they only ply the major highways and they are not enough. One thing I hear everywhere I go is that Okorocha can never come back, not even by proxy or heads will roll come 2019.”

It is important to emphasise here that it is only someone who knows Owerri very well that will appreciate the implications of Mr. Tony’s comment that standing on Tetlow Road one could now see St Paul’s Catholic Church located on Douglas Road. That truly underscores the enormity of destruction that has taken place in Owerri.

Madam Comfort is in her late 80s and before the withdrawal of keke from the roads she used to go to the market in the town for herself. As a pensioner she also did her banking transactions and easily kept her hospital appointments. Now, she can hardly do those things; not because her health has failed but because her means of transportation has been removed. For her to go to Owerri town from her place of abode she must now have to first trek to the major road and take her chances with others struggling for the few cabs and mini buses on the road. If she manages to survive that, then she will have to contend with more trekking as the cabs and buses do not ply inner roads. For her to charter a taxi she will have to pay a very high price and according to her, the state government owes her arrears of pension running into 40 months.

The lamentations are simply too many. As it is said in local parlance, ‘which one we go talk, which one we go leave?’ The word on the street of Owerri and its environs is that the present administration led by Owelle Rochas Okorocha is the worst thing to have happened to the municipal and its neighbours.

Houses and businesses are demolished with impunity. Roads are excavated and abandoned. Gullies are dug in the name of gutters and left like that and the traffic gridlocks have no part two as we jokingly say. But the situation in Owerri as seen and heard by the next Edition was not a joke and if it were, one can only describe it to be in bad taste.

Wherever you see two or more people gathered, be it at occasions or in homes, the governor is top on the discussion list. The people are lamenting, they are grumbling, complaining, cursing and praying but the governor is inured to the cries. Their curses are heavy and their prayers are not such that one would want to say amen; in the only state of the federation that a Ministry for Happiness is created there is so much unhappiness and suffering. And in all of these, the man at the helm of affairs is not bothered. Chances are he is busy moulding the next statue to unveil.