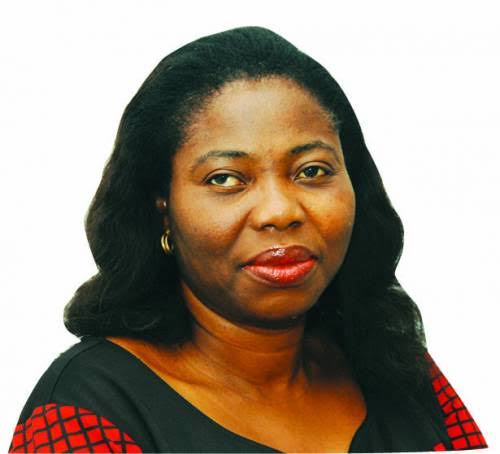 A teacher’s comment on the report sheet of a pupil, which came to people’s attention via the social media last week, is a sad commentary on a nation that has consistently ignored the root cause of its problems. The teacher, under the remarks’ section, had simply noted, “she has passed away”, in obvious reference to the pupil being promoted to the next class.

As some of us were still struggling to deal with this unpleasant reality, the Director-General of the National Youth Service Corps, Brig. Gen. Shuaibu Ibrahim, dropped another bombshell. He told the nation that some graduates undergoing the government’s mandatory one year youth scheme, could neither recite the English alphabets nor read a bank statement.

Of course, the NYSC DG gave the impression that universities in Benin Republic were the ones sending unqualified graduates for the scheme but I am aware that Nigerian universities cannot be totally exonerated from this anomaly. Just last year, the NYSC, the Joint Admissions and Matriculation Board, Department of State Services and the National Universities Commission jointly investigated three graduates of Enugu State University of Science and Technology for what was described as “consistent display of glaring lack of academic ability and intelligence level expected of genuine Nigerian graduates”.

Two of the corps members couldn’t teach pupils at the nursery school level. One of them couldn’t write the Roman figure from one to 10 in words, while another, though a graduate of Electricals/Electronics, could not teach any of the science subjects.

These corps members could have probably completed their youth service in peace but for the sheer ‘ill luck’ of being posted to places where their incompetence could not go unnoticed. Imagine posting an Electricals/Electronic graduate to King’s College, Lagos, where he is expected to teach a science subject.

At the end of the investigation, ESUTH simply withdrew the certificates of these people and moved on as if nothing happened. In saner climes, such admission of negligence would have affected the university rating and enrolment figure but not in Nigeria. Up till now, candidates in their thousands still compete for spaces in the university. Ours is a nation that values certificates, hence people struggle to get one by any means.

As far back as 2015, I wrote about SS2 pupils that couldn’t spell their names. At that time, a Senior Secondary School pupil in Imo State was asked when she was born and she declared that she was born in 1905. Sensing that something was probably wrong with the answer she gave, she changed her date of birth to 1945. When asked to write her name, she wrote Ezne instead of Ezinne.

There are several other examples of similar dumb mistakes. For instance, a pupil in JSS2 was asked to write lizard and he wrote Eliza. Another one in SS2 defined a citizen as “anyone that can go anywhere and do anyhow.” Another one in JSS2 could not open the book of Numbers in the Bible, while many in JSS1 do not see anything wrong with saying things like, “Our daddy are going to work.”

Sadly, most of the time, these pupils merely regurgitate what their teachers teach or say. For instance, a teacher in a private primary school once sent a note to a parent informing her that “her daughter have not brought her note to class.” Another one in a secondary school in Badagry, Lagos State, is fond of telling his pupils: “I see you here, I see you there, are you twice?” Another one always asks his pupils to “open the window and let the climate come in.”

I still remember my experience with Chester Smith, a young chap I met during my tour of Space Centre in Houston, United States of America. Smith was working at the space centre but he had been mentored by scientists and astronomers at the place right from the time he was in secondary school. Every year, more than 100,000 teachers and students around the world visit the space centre to learn and expand their horizon. Definitely, such teachers cannot be advising that their pupils should “pass away”, neither would the kids that have the privilege of going to this centre, be so dumb as not to know their birth dates.

Admittedly, education in Nigeria is poorly funded, but the problem seems to have gone beyond poor funding. It appears the education sector is a mere orphan that no one is willing to take the responsibility to nurture. Or how could anyone justify a situation where states that need funds to expand infrastructure in their schools, continue to lock up money belonging to them at the Central Bank of Nigeria in the face of obvious needs?

As at October, 2018, 24 states were yet to access the N47bn education grants belonging to them. The grants were for 2015 and 2017. As at October 2018, no state had accessed the N36.4bn 2018 grants. The 2019 grants are still idle at the CBN. All that is required for a state to access the Universal Basic Education Commission grant is to pay a counterpart fund of about N500m and collect one N1bn in return. It is that straightforward. Another condition is that the money must go strictly into funding education. I guess this is where the states have problems as they would probably prefer to spend the money on any other thing but education.

The Indian education system is one of the most poorly funded in the world yet it manages to maintain a standard that can compete with China’s, which is known to be one of the best globally. While serious governments are thinking of how to make their children perform better, we are playing kites with our own kids. Even the United Kingdom that we look up to as a good destination for education, employs mathematics teachers from China to teach its pupils in its centres of excellence.

Similarly, China that many developed countries believe to be the best in mathematics, still encourages its teachers to be more intelligent in both the way they teach the subject and the work expected of their students. The teachers regularly hook on to locally-organised teachers’ research group where they can get suggestions for good lesson plans. That is not all. The teachers are expected to complete between 240 and 540 hours of further training every five years. Anyone that does not reach a certain level is fired. No wonder China has continued its ascent as a major economic power.

But over here, governments keep chasing the shadow. Rather than solve problems, Nigerians love speaking to issues. We waste money on trivialities. The amount of money that goes into our political process is enough to revitalise the nation’s economy. We make so much noise about fighting corruption, yet the monster becomes bigger every day. Nothing is done to punish erring institutions that produce fake graduates and award certificates to unqualified people. The governors keep deceiving themselves. They accuse teachers of incompetence but retain them for political reasons. Which country does that and makes progress?

We will keep dreaming of a better country forever until we address the problems bedeviling our education sector. Only quality education can give us the hope of having quality leadership. Investment in education goes beyond structures. Governments at all levels should engage smart teachers that would be trained and re-trained on regular basis.

*Olabisi Deji-Folutile, who is a member of the Nigerian Guild of Editors, wrote in via [email protected]