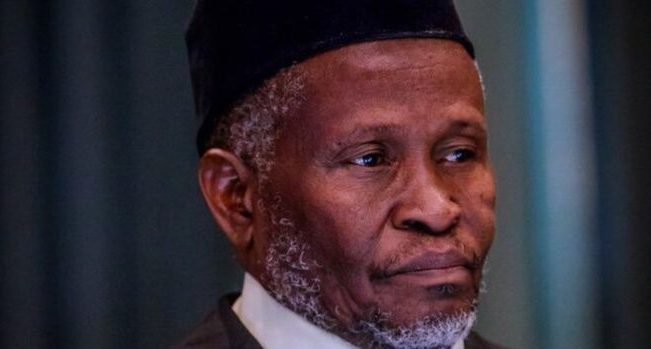 The National Judicial Council, (NJC) has recommended to President Muhammadu Buhari, the appointment of Justice Tanko Muhammad as the substantive Chief Justice of Nigeria (CJN).

Mr. Soji Oye, the Director of Information of the NJC disclosed this in a statement on Wednesday in Abuja after the Council rose from an emergency meeting.

The meeting, which was initially presided over by Justice Umaru Abdullahi, considered and approved the recommendation of its Interview Committee that screened the two candidates presented by the Federal Judicial Service Commission to it for appointment as Chief Justice of Nigeria.

Subsequently, the plenary of the Meeting presided over by the Acting Chief Justice of Nigeria, Justice Muhammad, recommended to the Governors of Sokoto, Lagos, Anambra, Ebonyi, Niger, Taraba, Kano, and Jigawa States, eight successful candidates for appointment as Chief Judges and Grand Kadis for the States.

Council at the meeting commended President Buhari, for his unequivocal position on the financial autonomy for the State Judiciaries and called on the various State Executives to as a matter of urgency, commence its immediate implementation.

The NJC said that this is not only in line with the constitutional dictates, but presently the Judicial position and therefore calls on State Executives to commence immediate implementation of Financial Autonomy for State Judiciaries.