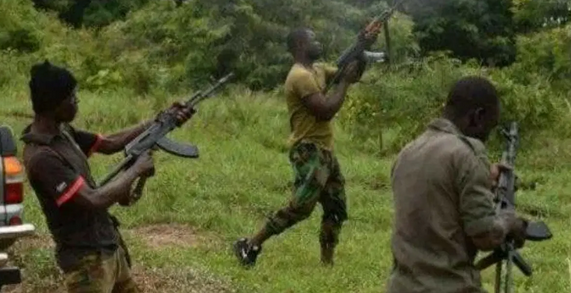 Mr. Abdullahi Wuse, Speaker of the House, disclosed this when he led other members to commiserate with the state governor on the recent abduction of school students and passengers at the Government House Minna, on Saturday.

“We have decided that by next plenary, we will amend the law to give informants to criminals stiffer punishment,” he said.

Wuse said the legislative arms of government were worried about the recent happenings in the state, such as the recent abduction of students of Government Science College, Kagara, and passengers of the state transport authority.

He said the visit was to commiserate with the governor and discuss possible ways for the safe return of the students and how to avert future recurrence.

The speaker  advised the government to reinforce meetings with traditional leaders and give them marching orders on the need to be mindful of the movement of strangers into their communities.

He condemned the unfortunate incident in Kagara and other communities, adding that there was also the need to go spiritual.

Responding, Gov. Abubakar Sani-Bello of Niger, commended the lawmakers for their show of solidarity with the state, and he welcomed the review of the law to provide adequate punishment for people who served as informants to bandits.

He decried various attacks being perpetrated by bandits in parts of the state and gave assurance that everything was being done to ensure the safe return of the students and passengers.

“Going forward, we have to put in place necessary measures to know the root cause of the security challenges in the state and how to address it,” he said.

Bello disclosed that several meetings had been held with traditional rulers and  they had been  directed to use their structures to monitor strange activities in their domain and report same to the appropriate authority. (NAN)