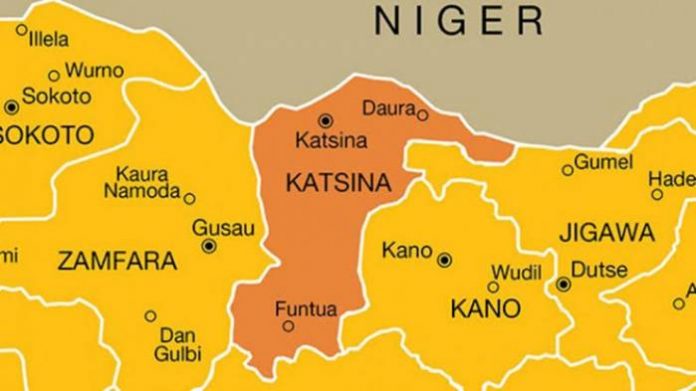 A middle-aged woman, Hadiza Garba of Yarmalamai ward in Faskari Local Government Area of Katsina State has regained her freedom six weeks after she was kidnapped from her matrimonial home.

The woman was brought to the Secretary to the Government (SSG), Katsina State by 11 p.m on Friday by the Commander, 17 Brigade, Katsina, Brigadier General B. Idris and some officers from the National Intelligence Agency, who rescued Hadiza Garba in Gusau, Zamfara State.

Receiving the victim on behalf of the Katsina State government, the SSG, Mustapha Muhammad Inuwa, said the government was worried over incessant attacks by bandits in parts of the state.

He urged that people should be more patient and should not lose confidence in security agents as governments at all levels were doing their best to bring an end to the nefarious activities of bandits.

He directed that the woman to be reunited with her family, even as he thanked the officers who facilitated her return.

Narrating her ordeal, Hadiza Garba said that on that fateful day, five men who were armed with AK-47 riffles stormed her residence in Unguwar Bajida village of Yarmalamai ward and took her hostage in the presence of her husband.

Hadiza, a Fulani, added that the previous year, a similar group of gunmen came to the village and rustled all their cattle.

She said she had spent 42 days in the bandits’ camp because her family was unable to meet their demand for N5 million ransom.

She explained that one day, when her husband put a phone call and told them that he was able to raise only N250,000, which he offered to pay, the bandits warned him never to call them again.

However, she said one lady and three other victims whom she met at the bandits’ camp were released some weeks ago after their families had paid the ransom.

According to her, on Friday, when she was left with only one bandit to guard her, her luck came when the guy fell into deep sleep, thereby giving her the opportunity to escape.

She said she ran through the forest in an unknown direction until she met with some people who took her to the security agents in Gusau.